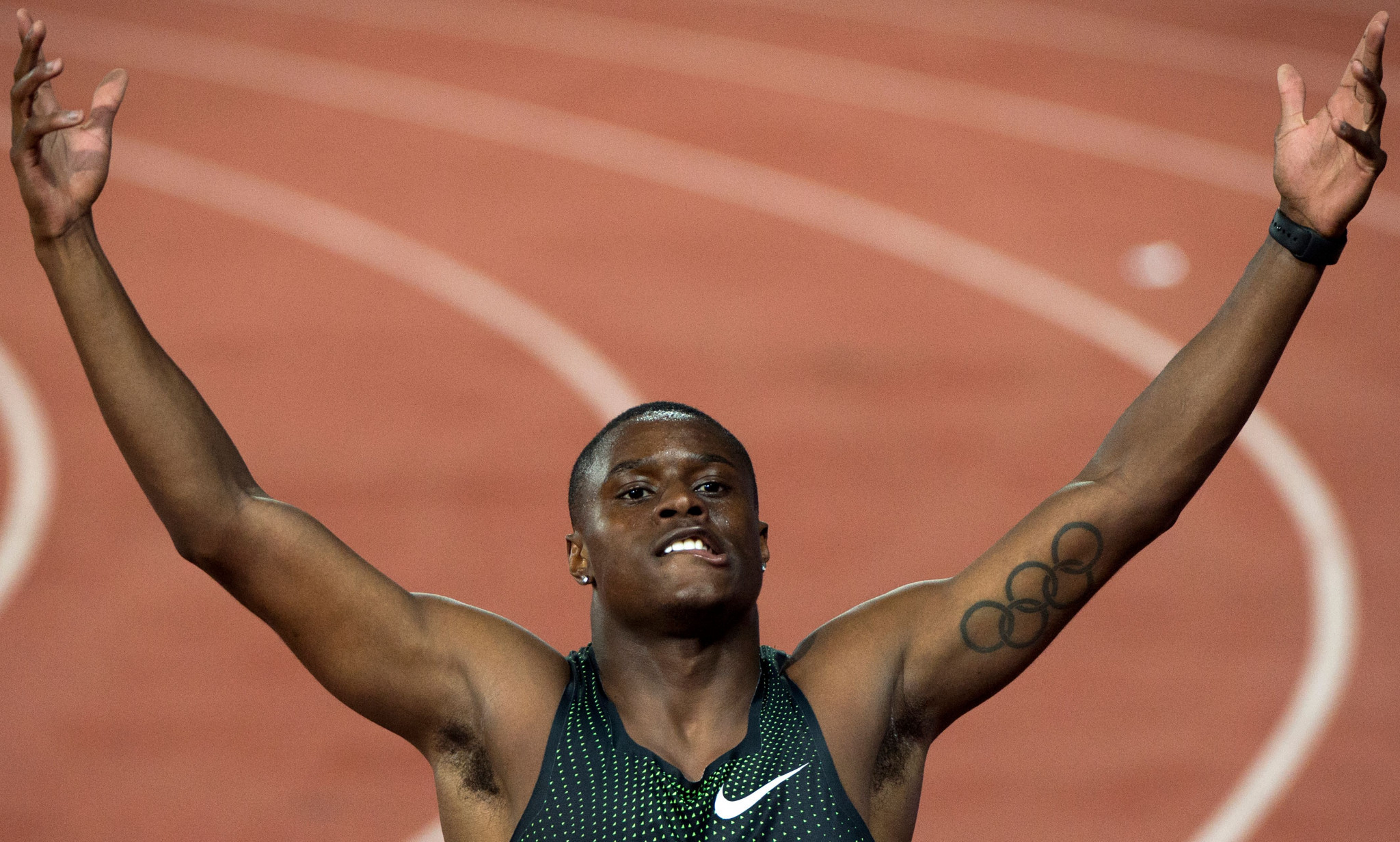 World 60 metres record holder Christian Coleman, back after a month's injury lay-off, re-staked his claim to be considered the fastest new sprinter on the block as he won the men's 100m in Rabat in a season's best time of 9.98sec that equalled the meeting record.

In what was the ninth of the International Association of Athletics Federations Diamond League meetings, the 22-year-old Coleman finished fractionally ahead of his US team-mate Ronnie Baker, given the same time in the Stadium Prince Moulay Abdellah.

For once the 20-year-old US sprinter who is currently joint top of the season's 100m listings with Baker on 9.88, Noah Lyles, had to settle for a minor place as he finished third in 9.89.

It was a historic night in Morocco as the winning run set by double world high jump champion Mariya Lasitskene since she returned to the sport as an Authorised Neutral Athlete last year was ended at 45 as she could only manage a best of 1.90m.

"I am disappointed of course, but these things happen," Lasitskene said.

"I had no problems, no injuries, it was just a bad day.

"Now I need to go back to training and work hard."

Ethiopia's 20-year-old Yomif Kejelcha redeemed himself a little following his extraordinary impulse at last week's Diamond League in Lausanne - where he hauled 18-year-old team mate Selemon Barega out of contention for victory in the act of falling on the final bend - by winning the 3,000m in a meeting record of 7min 32.93sec, the fastest time of the year.

Barega, meanwhile, is in Tampere preparing to defend his World Under-20 5,000m title.

Second behind Kejelcha was the Bahrain runner who took the opportunity to pass the stumbling Barega and claim victory in Lausanne, Birhanu Balew, who clocked a personal best of 7:34.26.

Kenya's Olympic 5,000m champion Hellen Obiri won in the fastest time run so far this season, 14:21.75, with Sifan Hassan of The Netherlands setting a European record of 14:22.34 in second place in front of three other top notch East African runners who also recorded personal bests.

For Ethiopia's world 1,500m record holder Genzebe Dibaba there was disappointment as she finished a distant sixth in 14:42.98.

South Africa's world and Olympic 800m champion Caster Semenya, who elected to compete in the rarely run 1,000m on the night rather than in her usual distance, made the most of her decision to run outside the Diamond League scoring events.

She won in 2min 31.01sec - a national and Diamond League record, and the fastest time run this year.

The men's javelin produced a shock as what looked like being a private battle between Germany's Olympic champion Thomas Rohler and his rising compatriot Andreas Hoffman was bypassed by Estonia's Magnus Kirt with a last round winning effort of 89.75m - a national and meeting record.

Hoffman finished second on 88.58, with Rohler having to settle for fourth place with 85.19 as Jakub Vadlejch of the Czech Republic managed 85.31.

Olympic 400m champion Shaunae Miller-Uibo won the women’s 200m in a meeting record of 22.49 for The Bahamas, with Britain's Dina Asher-Smith second in 22.40.

The most popular result of the night came in the men's 1,500m, where Morocco's Brahim Kaazouzi delighted the home crowd by winning in a personal best of 3:33.22 from Norway's European champion Filip Ingebrigtsen, who clocked 3:33.40.

There were hopes for another home win in the concluding event, where 3,000m steeplechase world silver medallist Soufiane El Bakkali was entered, but he could only finish third in a season's best of 8:09.58 as the race was won by Kenya's Benjamin Kigen in 8:06.19, the fastest time run this season.

With world and Olympic champion Semenya running the 1,000m, the woman who finished second to her in London last year and at Rio 2016, Burundi's Francine Niyonsaba, won in 1:57.90 in a race where seven runners beat two minutes.

Sam Kendricks, the US world pole vault champion, re-asserted himself after defeat in last week's non-Diamond League event beside Lake Leman in Lausanne, winning in a meeting record of 5.86m.

France's world record holder Renaud Lavillenie, who won in Switzerland with 5.91, finished equal last on 5.45 after three failures at 5.60.