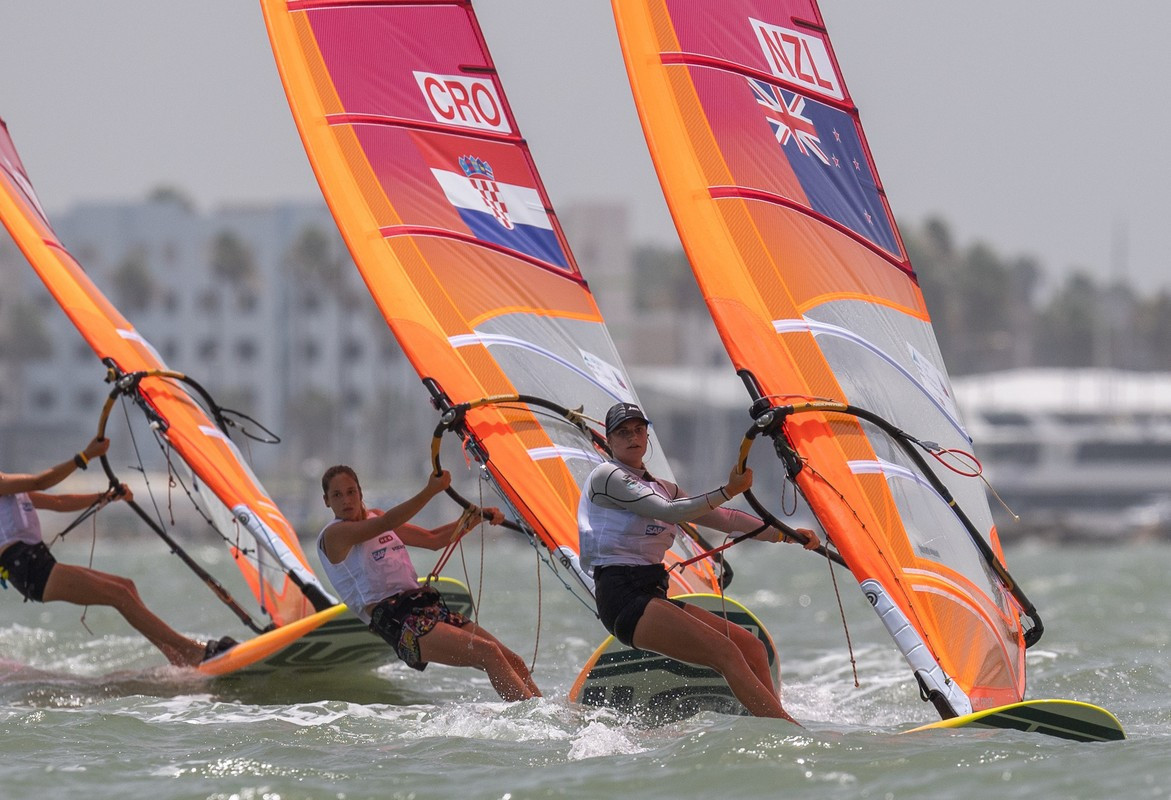 New Zealand lead in two of the most hotly contested fields at the Youth Sailing World Championships after the third day of racing in Texas today.

Kiwi Veerle ten Have now leads the girls' RS:X class after overtaking Italy's Giorgia Speciale in Corpus Christi Bay, who at the start of today was ahead by just one point.

Great Britain's Islay Watson sits in third, and was only two points off top spot this morning.

Speciale's undoing was of her own making as, having finished third and first in the initial two races today, she then crossed the start line for the final race prematurely and was disqualified and given the maximum number of points.

She now trails Ten Have by one point, who afterwards said she "loves" the conditions.

"I really enjoy that it's windy every day," she said.

"I think my speed's just a bit faster, so that's my biggest advantage.

"But Giorgia and Islay are really close."

Josh Armit was ahead at the start of today and remains in first, but his lead over the rest of the field has been halved.

He now sits just one point ahead of Argentina's Juan Cardozo, while Australia's Zac Littlewood is third, nine points behind.

It's really getting interesting out on the water... 🤔

At the start of today's racing Armit was two points ahead.

Elsewhere in the competition, the girls' 29er class is currently led by Russia's pair of Zoya Novikova and Diana Sabirova.

They sit three points ahead of Norway's Pia Andersen and Nora Edland.

Norwegians do lead in the boys' 29er, though.

In that class Mathias Berthet and Alexander Franks-Penty lead New Zealand's Seb Lardies and Scott Mckenzie, albeit by just one point.

Other classes are less closely contested.

JC Hermus and Walter Henry of the United States lead the boys' 420 class by 12 points and the US also lead the girls' 420 class through Carmen and Emma Cowles, who have a nine point lead.

The largest lead, however, can be found in the Nacra 15 class, where Argentina's Teresa Romairone and Dante Cittadini have a 20-point cushion over New Zealand's Greta Stewart and Tom Fyfe.