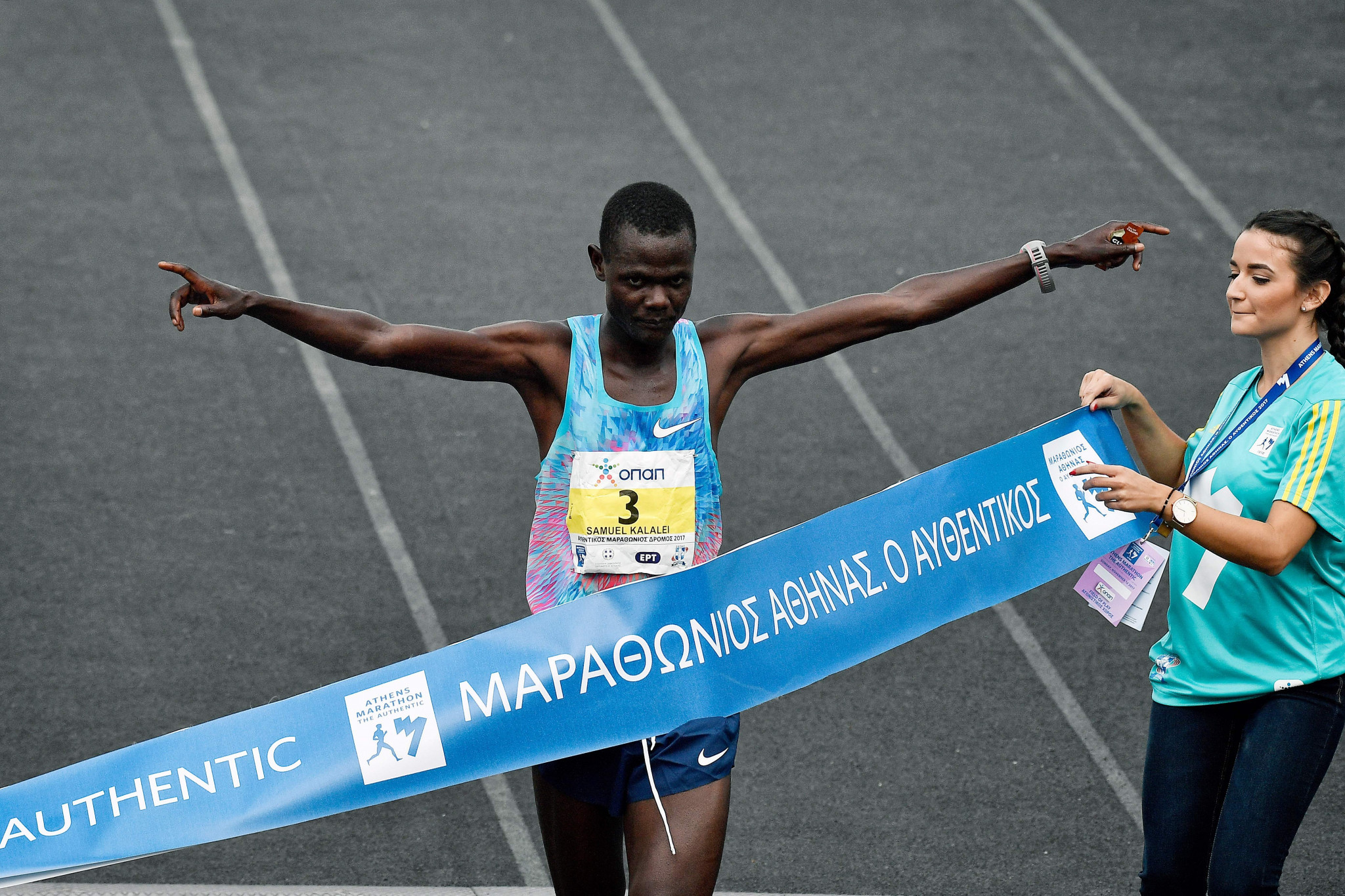 Kalalei's provisional suspension was announced by the Athletics Integrity Unit responsible for administering anti-doping cases today, who claimed he had violated Article 2.1 of their anti-doping rules.

A separate list on their website said the 23-year-old had been sanctioned for "presence of a prohibited substance".

This substance was then listed as EPO, traditionally used by endurance athletes to enhance their oxygen levels.

Kalalei enjoyed a major breakthrough late last year by winning in the Greek capital in a time of 2 hours 12min 17sec in hot conditions.

He also finished seventh at this year's Rotterdam Marathon in April in a time of 2:10:44.

#NEWS @AIU_Athletics has issued a Notice of Charge against Samuel Kalalei for a violation of Article 2.1 of the #Antidoping Rules. The #Kenyan #marathon #runner is Provisionally Suspended from all competition. Find out more https://t.co/Cq4Q2MR0LJ #Athletics #Sports #FairPlay

More details of the case have not yet been provided.

It marks the latest in another wave of Kenyan doping cases after distance runner Lucy Wangui Kabuu and sprinter Boniface Mweresa were each suspended last week.

Wangui, a Commonwealth Games gold medallist in 2006, whose marathon best of 2:19:34 puts her 13th on the all-time list, failed a test for banned narcotic, morphine.

Mweresa, winner of a 400 metres silver and 4x400m relay gold medal at the 2015 All-African Games in Brazzaville, was dropped from the Kenyan team for last week's African Athletics Championships in Asaba after a reported failure for an unspecified substance at the Kenya Defence Forces Championships in Nairobi.

Kenya and Ethiopia head a list of nations categorised by the International Association of Athletics Federations last month as being the most at risk of doping.

Former Olympic and world 1500 metres champion Asbel Kiprop is among leading Kenyans to have recently failed a drug test for EPO.

Other notable athletes from the East African powerhouse to have failed tests include three-time Boston Marathon champion Rita Jeptoo and Jemimah Sumgong, the Olympic marathon gold medallist at Rio 2016.

Reigning Olympic steeplechase champion Ruth Jebet, who now represents Bahrain but continues to trains, lives and is originally from Kenya, has also been suspended since February following an EPO failure.