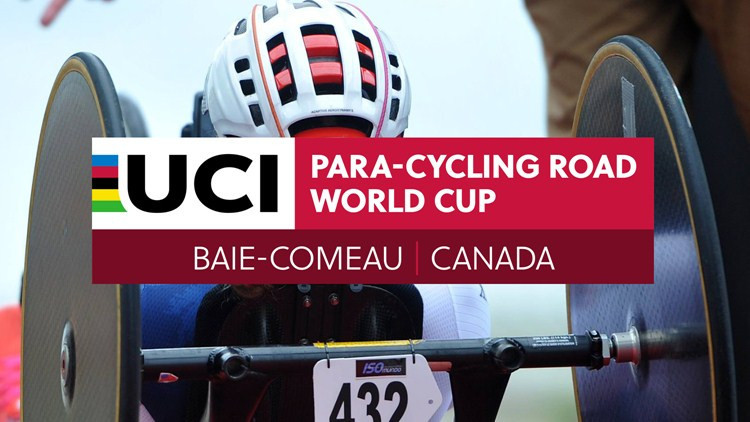 Top Para-cyclists will have another chance to compete following last week's Road World Championships when Baie Comeau in Canada hosts the latest round of the road World Cup series.

Competition will start tomorrow and continue for five days in Quebec.

Time trials and road races will take place across the Paralympic divisions.

It follows previous International Cycling Union Para-cycling Road World Cup legs in Ostend in Belgium from May 3 to 5 and in Emmen in The Netherlands from July 6 to 8.

Canada will be seeking to repeat the medals success they enjoyed in Italy at the World Championships.

Shelly Gaultier was among the winners in claiming the 14th world title of her career in the T1 division.

Other gold medallists included Michael Sametz in the men's C3 event and Tristen Chernove in the C2 division.