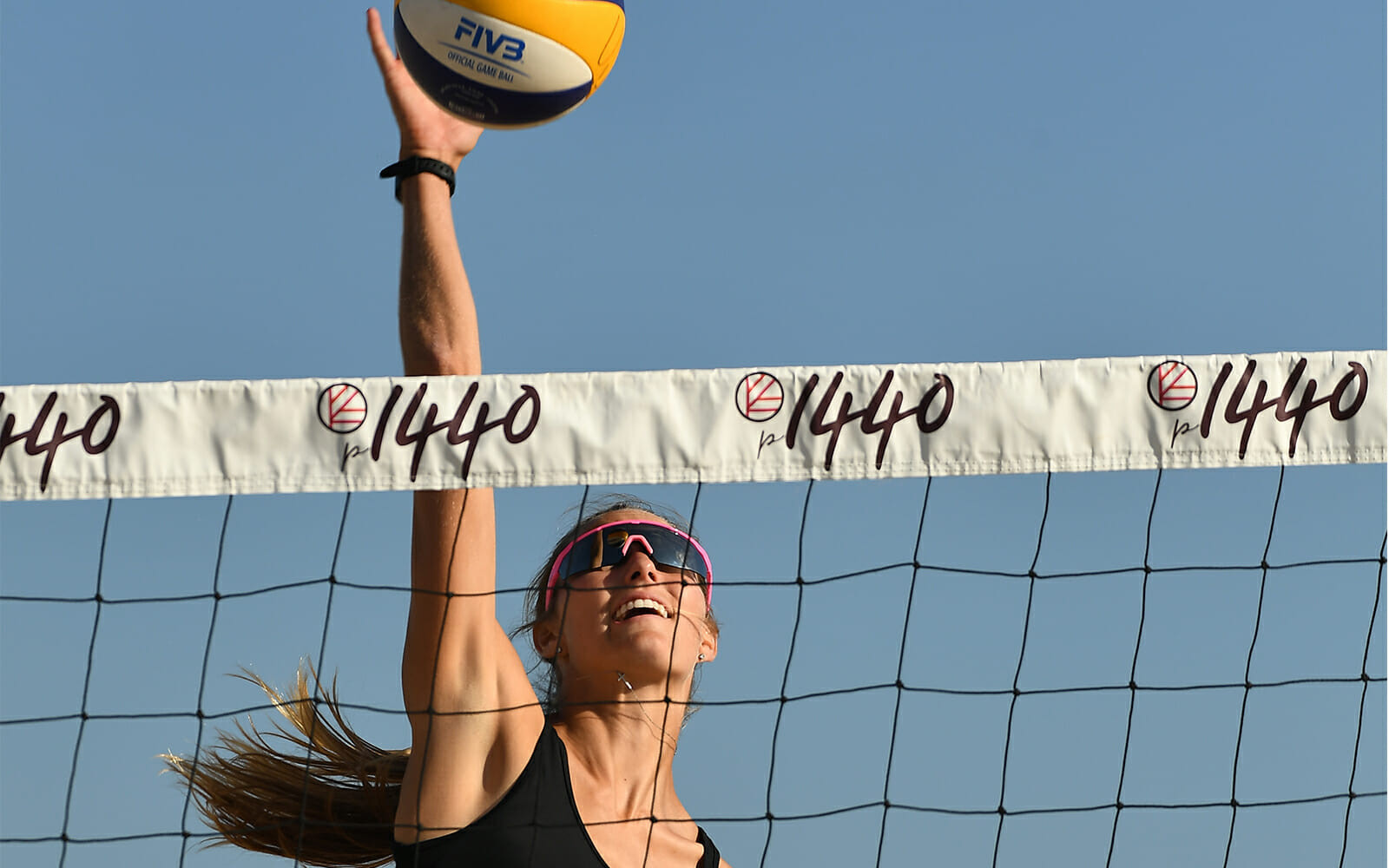 p1440, a new event series co-founded by beach volleyball legend Kerri Walsh-Jennings, has partnered with the International Volleyball Federation (FIVB) for the first time to host the Las Vegas Open in October.

The event, a stop of the flagship FIVB Beach World Tour, is due to take place from October 17 to 21 with the opportunity to gain ranking points for the Tokyo 2020 Olympic Games.

It has been billed as an opportunity to "elevate the sport of beach volleyball on a global scale and provide optimal opportunities for athletes from all around the world to compete".

"The FIVB is looking forward to partnering with p1440 on their Las Vegas event in October," said FIVB President Ary Graça

"The FIVB has always been committed to combining volleyball and entertainment, while also promoting healthy lifestyles, and so we welcome p1440's focus in this area."

As well as the sport itself, the weekend is due to feature live music performances by "chart-topping acts", a development village featuring "high-intensity interval workouts and volleyball training" and a health and "wellbeing" village with daily yoga sessions, live cooking demos and tips from health experts.

Another SENSATIONAL first in the @platform1440 journey! We're partnering with @FIVBBeach to bring the international circuit to Las Vegas for the FIRST ? TIME ? EVER. ? The FIVB Las Vegas Open presented by p1440 will count toward qualification for @Tokyo2020 #gamechanger ?⚡️ pic.twitter.com/X2pwAoJp8E

She then won bronze with new partner April Ross at Rio 2016.

She is still competing while also taken steps to further her professional career.

"The FIVB is the global authority in the volleyball world, and as a professional athlete whom has played for more than 15 years on the FIVB World Tour, I feel honoured to partner with them for p1440's second event in its inaugural season," Walsh-Jennings added.

"The FIVB has significantly contributed to the immense success of the sport in the Olympic Games, and it is only suitable that p1440 is collaborating with the top organization in our sport.

"I am ecstatic for p1440 and the FIVB to come together to enhance the sport of beach volleyball internationally and give the best players in the world the opportunity to exhibit their passion and talent in the US market.

"The fact that this event is one of the events bearing Olympic ranking points for Tokyo 2020 is deeply personal to me and this collaborative spirit of unity is in the best interest of everyone within our sport."