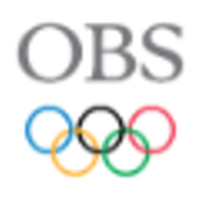 A vote will be held by Olympic Broadcasting Services (OBS) Board members to decide who replaces Richard Pound as chair following his removal from the position.

This was claimed by the International Olympic Committee (IOC) in response to questions over the seemingly-forced departure of Pound and speculation that Argentinian rival Gerardo Werthein is most likely to replace him.

"The composition will be decided and voted on by the Board," a spokesperson told insidethegames.

"Until then we are not able to comment further."

In reality, however, the Board will simply ratify a decision made by the IOC leadership.

This is particularly the case because a majority of members on both the Swiss and Madrid arms of the broadcasting body are IOC administrative staff.

Pound was appointed to the OBS position by Bach in 2014 after previously serving as head of the IOC's Television Rights Negotiations Commission in the 1980s at a time of huge change in Olympic broadcasting.

He has also been removed from his position on the IOC Legal Affairs Commission but remains on the less influential marketing and communication panels.

Werthein, the Argentinian who has often led attacks on those who have criticised IOC decisions, including Pound, at recent meetings, is one of only three members of the current Swiss-arm of the OBS Board who are not members of the IOC administration.

The others are vice-president Juan Antonio Samaranch, who already chairs the Spanish-arm of the Olympic Channel Services Board, and influential lawyer François Carrard, a former IOC director general.

De Kepper, Dubi and Haddad joined Pound in the last announced composition of the Madrid-arm of OBS.