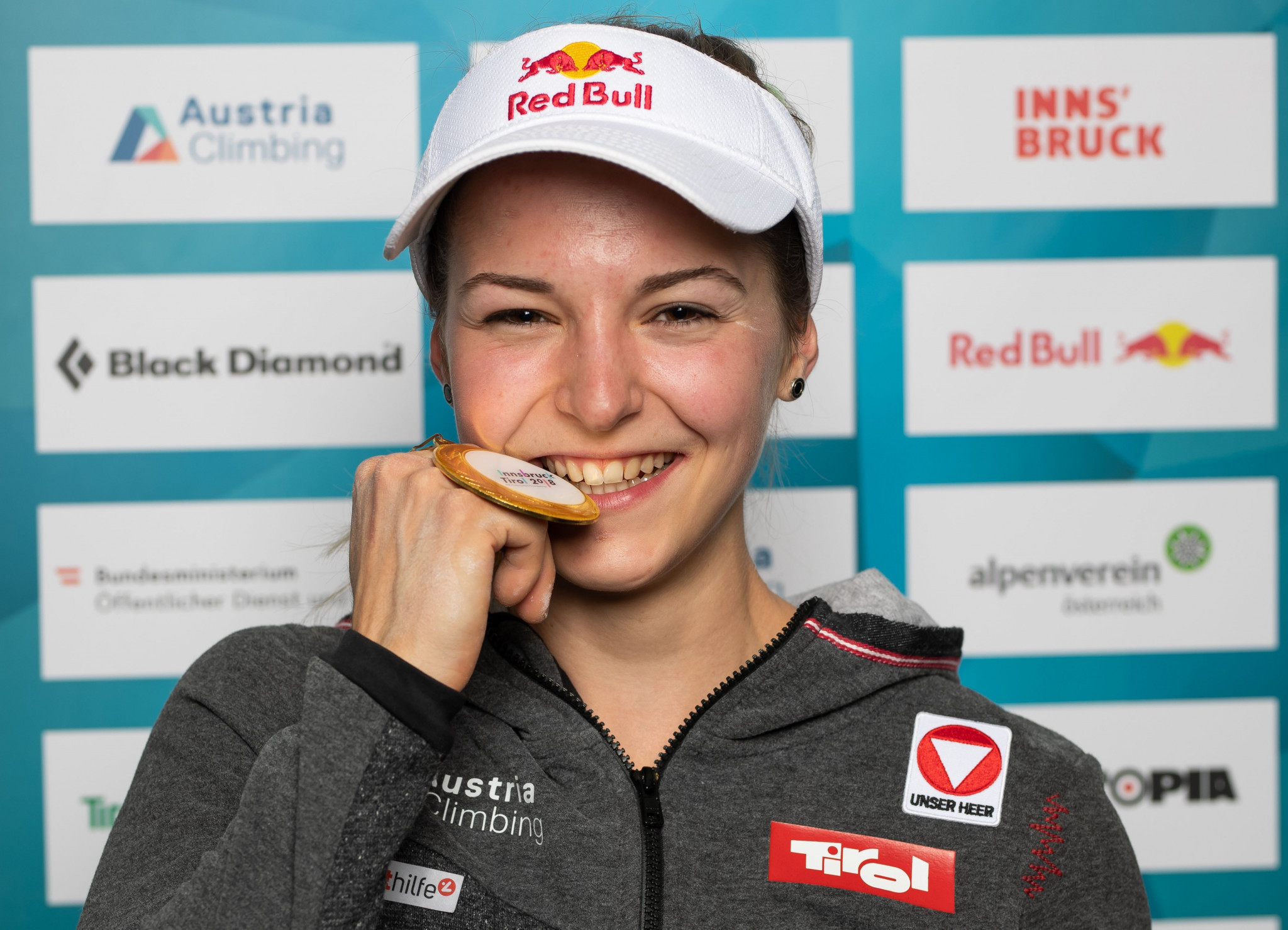 Austria's Jessica Pilz is the new International Federation of Sport Climbing women's lead world champion after reaching the top of the wall in Innsbruck today five seconds faster than her nearest rival.

Slovenia's Janja Garnbret, who won the title two years ago, went last in the final and like Pilz, also reached the top of the wall.

It meant a tense wait at the end of the competition to find out who had taken the gold.

Eventually it was announced that 21-year-old Pilz had climbed faster, meaning her rival Garnbret was not able to seize her second world title but instead had to settle for silver.

TOP for Janja Garnebt; was she faster than Jessica Pilz? Waiting for the judges decision! #IFSCwch pic.twitter.com/AqP9b9BEyL

Of the remaining eight athletes in the final the next best, who therefore took the bronze, was South Korea's Jain Kim, who was initially leading before Gambret and Pilz took to the wall.

The final in the men's lead competition is yet to take place, but qualifying went ahead today and the Czech Republic's Adam Ondra came out best, ahead of Slovenia's Domen Skofic and the United States' Sean Bailey.