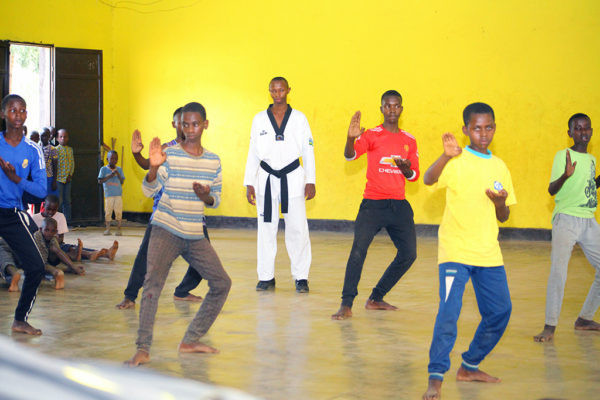 The Taekwondo Humanitarian Foundation (THF) has celebrated after one of its Para-athletes won a gold medal.

Parfait Hakizimana, a participant in the THF project in Rwandan refugee camps, won gold at the Korean Ambassador's Cup in the country's capital Kigali.

The THF, in collaboration with the United Nations High Commissioner for Refugees (UNHCR) and the Rwanda Taekwondo Federation (RTF), work in two Rwandan refugee camps, Kiziba and Mahama.

They hold taekwondo training sessions and try to improve the well-being of the youngsters participating in the programme.

The THF entered five participants from each camp into the Korean Ambassador's Cup at the Petit Stade Remera.

The competition was organised by the RTF and featured nearly 30 teams from countries such as Kenya, Burundi and Sudan.

Hakizimana, a refugee from Burundi who currently lives at Mahama, won gold and was awarded a trophy for being the best Para-taekwondo male athlete of the tournament.

THF have said they will use this success as a "benchmark" for other projects around the world.

As well as Rwanda, THF projects are up and running in countries including Turkey, Jordan, Djibouti, Burundi and Nepal.