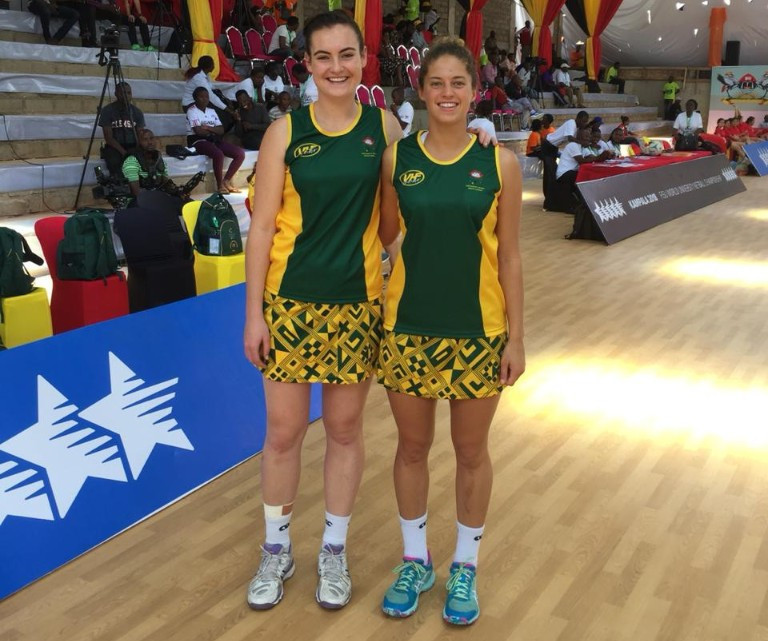 The 22-year-old travelled to Uganda with the South African team hoping to defend their title.

South Africa were unbeaten throughout the tournament until they came up against Uganda in the final in Kampala with the hosts winning 44-43 with a last grasp goal.

"I was very excited and felt honoured to be a part of the team chosen," said Brandt.

"We obviously went for gold, but you don't lose, you learn.

"It was disappointing, but everybody gave their best.

"We took out the positives and reflected on the match so that we know what to do different next time."

She also praised the Championships for giving players an opportunity to perform and develop at an elite level.

"My biggest takeaway would be the experience that I gained from the coaches as well as the opportunity to be able to play with all of the other brilliant players in the team," Brandt said.

In addition to the technical and sporting expertise she developed at the event, Brandt also welcomed the camaraderie among the participating nations.

"I definitely made some new friends and we really had a lot of fun," she said.

"It was also fun participating against other teams from other countries."

The third edition of the tournament was hosted at the Makerere University in Uganda, where Kenya, Singapore, South Africa, Sri Lanka, Uganda, the United States and Zimbabwe took part.

Despite only leaving with a silver medal, Brandt graciously praised her hosts and noted the importance of giving the African continent the opportunity to host major sporting events.

Two out of the three FISU World University Netball Championships have been held in Africa, as South Africa hosted the first edition.

"I think it is very important and it gives these African countries the opportunity to show what they have to offer," Brandt said.