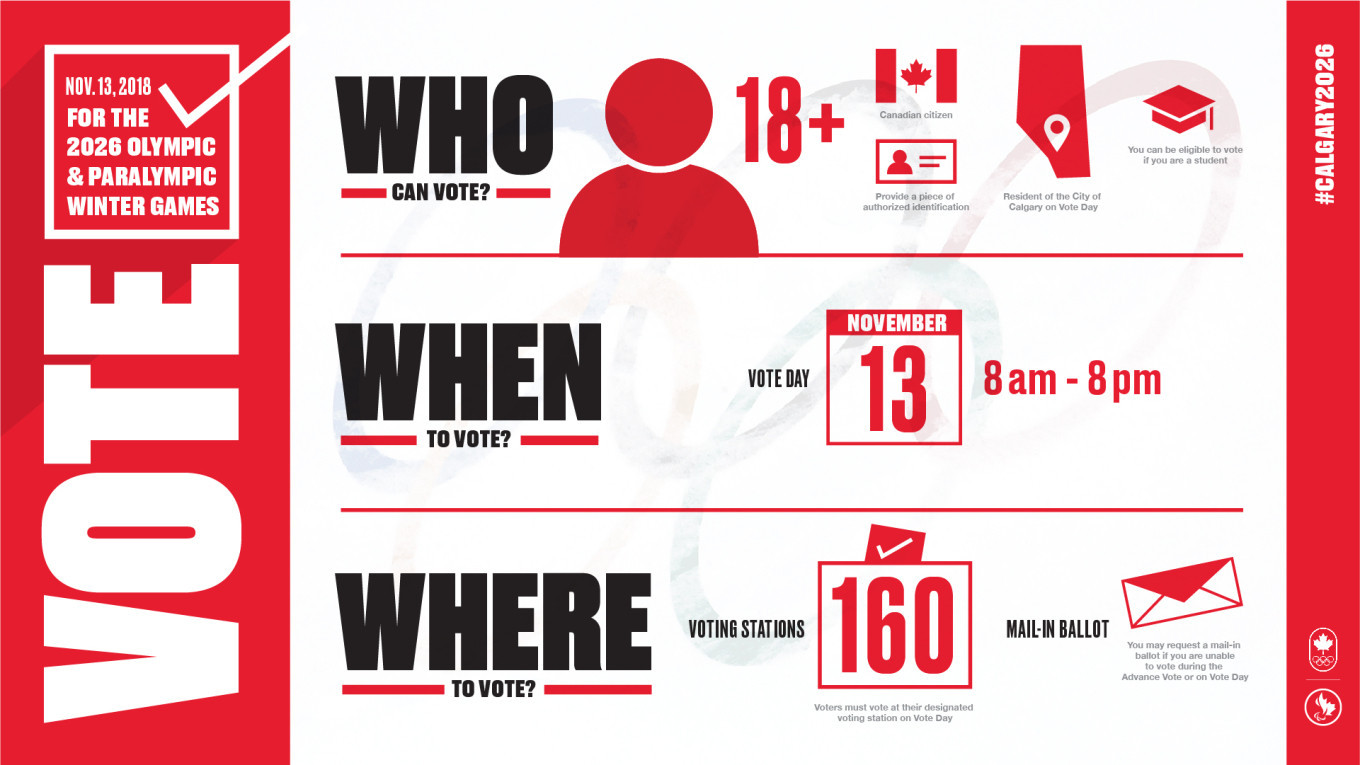 Calgary 2026 chief executive Mary Moran has predicted that tomorrow's plebiscite on the city's Winter Olympic and Paralympic bid will be too close to call.

The key vote will be followed closely by the entire Olympic Movement to see if the battle for the Games remains as a three-horse race.

Advanced voting has already taken place with the plebiscite asking Calgarians: "Are you for or are you against Calgary hosting the 2026 Olympic and Paralympic Winter Games?"

The result of the ballot is non-binding but a "no" vote would make it impossible to continue.

"I am not great at predicting polls," Moran told Reuters.

"It will be very tight and we are hoping for a strong turn-out.

"I think what we have seen over the last few days is that there has been this massive momentum.

"It really depends if that momentum continues.

"I would say I am pretty comfortable more people are seeing the long-term vision.

"My first message would be there is not a better time to be aligned with the transitions going on.

"Although I am very confident we can hold one of the best, if not the best Games, in the world, I understand people are intimidated by fear of future and risk of failure.

"Hopefully we can send a message to the Olympics and Paralympics that this is a community that wants to do this."

Supporters on both sides have held rallies in the lead-up to the plebiscite in a bid to gather votes.

Erin Waite, from the No Calgary Olympics group, told CTV: "We see the city budget the day after the plebiscite.

"We know that there is a significant drop in property tax revenue coming from a loss of value downtown.

"That's going to have serious implications for years for Calgarians, both small business and individuals.

"Those are real issues and what we need to focus on, not spending our time trying to woo the IOC."

Voting will close at 8pm local time with a result expected by 10pm.

It comes after Calgary City Council dramatically kept the bid alive on October 31 despite a recommendation from the the city's Olympic and Paralympic Winter Games Assessment Committee to end it.

Councillors still voted 8-7 in favour of approving the recommendation but this fell short of the 10 votes required for the motion to pass, meaning the issue can proceed to the plebiscite.

Calgary Mayor Naheed Nenshi has confirmed he will vote yes, claiming the agreement reached is an "extraordinary" deal for the city which could see more than CAD$4 billion (£2.3 billion/$3 billion/€2.6 million) invested after spending of CAD$390 million (£228 million/$295 million/€260 million).

Stockholm in Sweden and Milan-Cortina D'Ampezzo in Italy also remain in the 2026 race, but both also have so far not secured Government support.