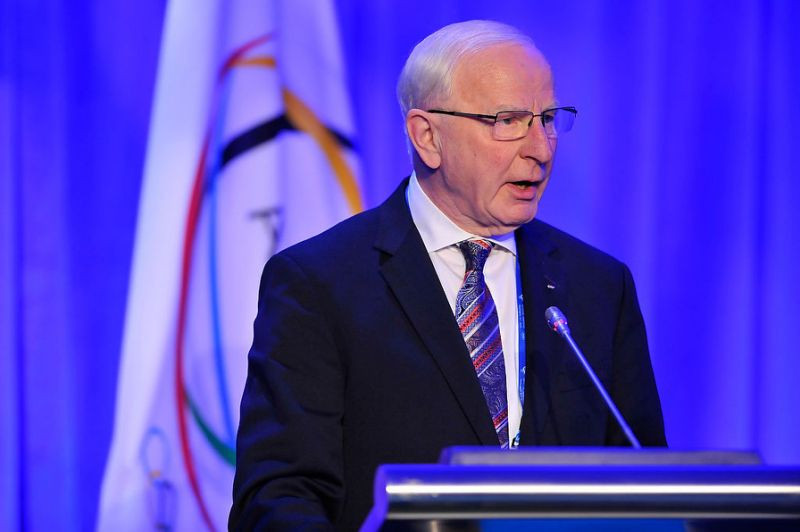 Association of National Olympic Committees (ANOC) Gunilla Lindberg has expressed confidence the organisation will recoup the loan they paid to its former vice-president Patrick Hickey.

The payment was "unanimously approved" in November 2016 by then ANOC President Sheikh Ahmad Al-Fahad Al-Sabah and all ANOC vice-presidents.

The loan was approved on medical and humanitarian grounds with the promise it would be paid back in full.

Alfred Emmanuel, secretary general of the St Lucian Olympic Committee, queried the status of the loan at the 2017 ANOC General Assembly in Prague.

A bracketed item below referred to how there was also CHF 460,000 "less provision" before a blank total loan.

Emmanuel again questioned the status of the loan at this year’s General Assembly.

"When this issue arose last year I specifically asked [ANOC] Executive [Council] members whether they were party to such an agreement and transaction and they said they had absolutely no idea,” he said.

“Today they are identified as having been party to such an agreement.

“What is the status as it relates to this current loan?

"Has an effort been made to recoup all or some of it at this current time?"

ANOC's auditor from Pricewaterhouse Coopers promised that there was a "full provision against the loan" which meant there was no financial risk to the organisation.

"As auditors we are not able to have documentation around the financial standing of Mr Hickey, therefore we asked for a full provision," the auditor stated.

Following a follow-up question from the Uruguayan Olympic Committee, the auditor noted that "the [ANOC] Executive Council will consider at a certain point whether the loan should simply be written off.”

The loan was used to pay Hickey’ bail payment in Brazil, following the Irishman’s arrest at the Rio 2016 Olympic Games.

Hickey is facing charges of theft, tax evasion, money-laundering and criminal association after hundreds of tickets to Olympic events at Rio 2016 were seized by police.

His trial was due to begin in Rio on November 29 last year, but was suspended by the Brazilian Supreme Court.

The 72-year-old, who denies any wrongdoing, is now in Ireland and will not return to Brazil for the trial.

He had proposed he participates via Skype, although it is unclear as to when - or even if - the trial will begin.

Following the General Assembly, Lindberg expressed her confidence that Hickey’s innocence would be proved.

This would, in theory, see the loan returned from the court with interest accrued to ANOC.

"We are convinced he is innocent and if he is proven innocent we will get the money back," Lindberg said.