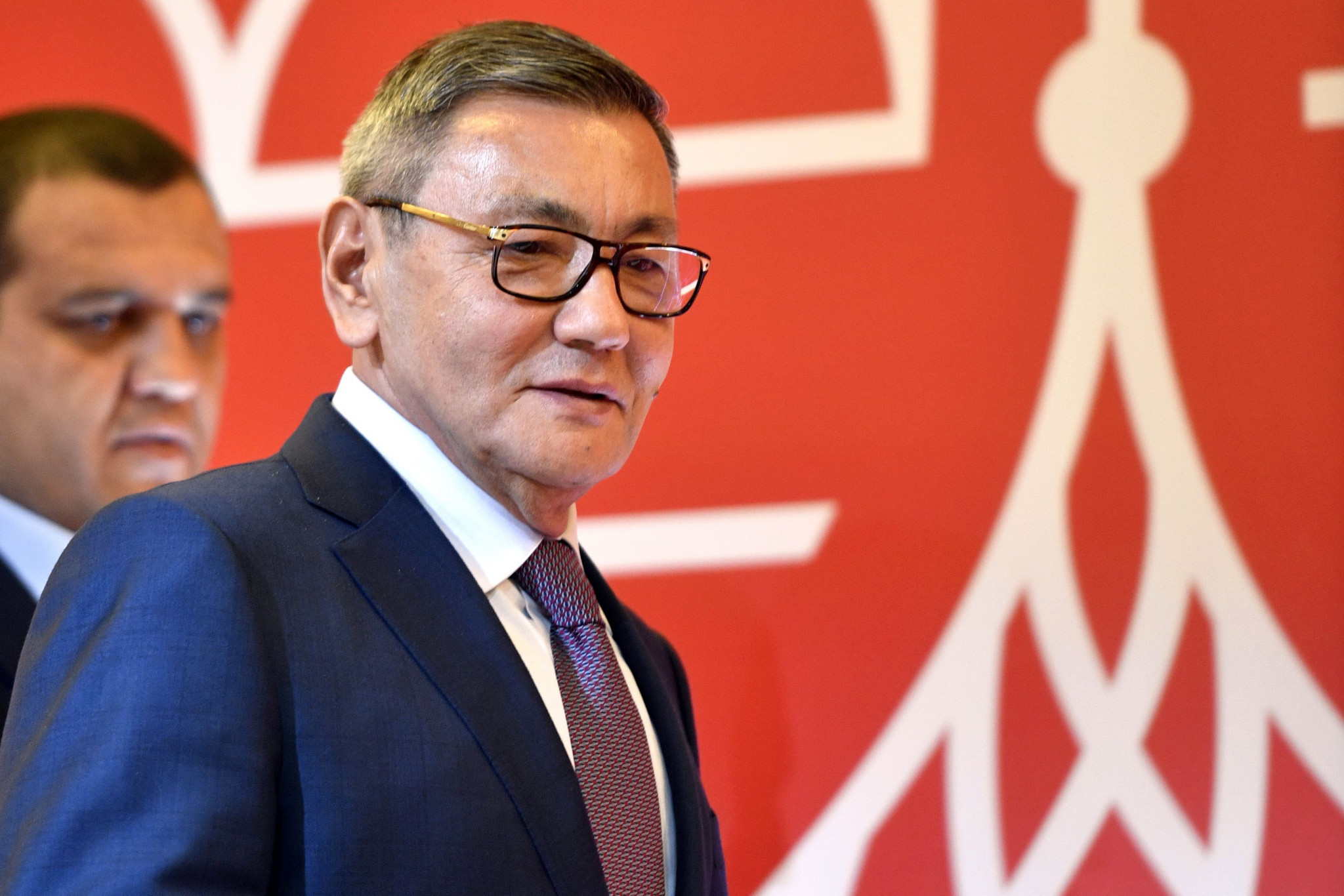 International Boxing Association (AIBA) President Gafur Rakhimov has claimed the governing body is now in a position to confirm it has "finally and fully left the troubled past behind us" in a letter sent to all National Member Federations.

Rakhimov, described as "one of Uzbekistan's leading criminals" by the United States Treasury Department, was writing on the back of last week’s meeting of the International Olympic Committee (IOC) Executive Board in Tokyo, where it was decided that the planning of the Olympic boxing tournament at Tokyo 2020 would be frozen.

This came as the IOC began an inquiry into AIBA, which could end its right to organise the event.

It followed the IOC having "major concerns" over governance, financial and technical issues within AIBA.

Despite this, Rakhimov has taken the opportunity to inform National Member Federations of the "many positive outcomes being achieved by AIBA in recent months", as acknowledged by the IOC Executive Board.

The 67-year-old, elected President against the wishes of the IOC at the AIBA Congress in Moscow last month, cites the implementation of good governance systems, resulting in the advancement of AIBA in the governance assessment by the Association of Summer Olympic International Federations (ASOIF) to a position in the top half of all summer IFs.

Rakhimov also points to anti-doping compliancy - resulting in AIBA being World Anti-Doping Agency compliant and collaborating with the new International Testing Agency for all in and out-of-competition testing - and the implementation of new refereeing and judging systems that were used at the Buenos Aires 2018 Youth Olympic Games and last month’s AIBA Women’s World Championships in New Delhi.

"This means that after many months of hard work, including many important decisions you made at our Congress in Moscow last month, we are now in a position to confirm that AIBA has finally and fully left the troubled past behind us," Rakhimov writes in his letter.

"We must and will always strive to improve on all fronts, but AIBA is today an International Federation with an approved level of governance, anti-doping and refereeing and judging systems."

At its meeting, the IOC Executive Board asked for more information regarding AIBA’s financial situation, another key concern of the IOC, and Rakhimov’s own situation with the US Treasury Department.

Rakhimov was directly mentioned as a reason behind the troubles faced by AIBA for the first time by the IOC in a statement last week.

"In terms of my own situation, I have already assured the IOC that the situation with US authorities, based on false allegations by the previous regime of my country, is being addressed and that my legal team is working hard to correct this," Rakhimov writes in his letter.

"In terms of AIBA’s financial situation, I must admit that I too was worried about our finances at the beginning of this year.

"However, I have assured our Olympic friends that after making significant cuts to our spending, securing substantial new revenues from sponsors and host cities for our major events, I am both pleased and proud to be able to confirm that AIBA has achieved financial stability."

Financial management and the integrity of its competitions are among the other areas of concern the IOC has with AIBA.

"Over the coming months we look forward to sharing all that information with the IOC to address these areas, and I have already expressed my gratitude to the IOC Executive Board for their comprehensive work and assure them that AIBA is committed to improving in any area where they have concerns," Rakhimov writes.

"This also means that we can then get back to full-scale preparations for Tokyo 2020 Olympic Games, which the IOC Executive Board decided to temporarily put on hold.

"The detailed preparations for Tokyo 2020 as well as the Olympic boxing qualification events will only fully take-off during the second half of 2019, so our Olympic preparation can be planned carefully, and the AIBA administration here in Lausanne will continue the positive dialogue with the IOC administration.

"Let me conclude by highlighting that the preparation of our boxers around the world for the Tokyo 2020 Olympic Games was given an important boost by the decision of the IOC to reinstall the funding for boxers from Olympic Solidarity.

"This was another very positive outcome of the IOC Executive Board meeting and a move which, for sure, will be highly appreciated by all of you."

Rakhimov ends his letter by promising that there is a lot more to come from AIBA in terms of developing boxing.

"Dear friends, we have come a long way in creating the new AIBA," he adds.

"Our New Foundation Plan was a strong road map for our first steps, but I can assure that we are only getting started.

"Over the coming months we will roll out many new and exciting initiatives aiming at further developing our wonderful sport.