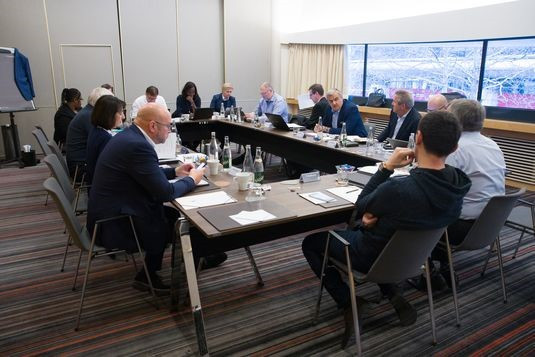 The European Handball Federation (EHF) Executive Committee have approved a range of fundamental changes to the sport's top club competitions and its international calendar from the 2020-2021 season.

The EHF Executive Committee meeting took place in Paris alongside the 2018 European Women's Handball Championships, which concluded yesterday with hosts France beating Russia 24-21 at the AccorHotels Arena in Paris.

Changes have been made following consultation with the EHF's stakeholders, including clubs, leagues, players, national teams and commercial partners such as Infront and broadcaster DAZN.

The format for the men and women's EHF Champions League will change from the 2020-2021 season, with 16 teams now competing in two groups of eight rather than the current 24 teams in the men's and 22 in the women's competition.

The second tier of European competition will be renamed the European Handball League, with 24 teams playing in the men's tournament and 16 in the women's.

A final-four tournament will also now conclude the women's European Handball League, which has been happening in the men's event since 2012.

The third level of European competition, the Challenge Cup, will become the EHF Cup.

Top players will have a longer break between seasons beginning in 2020, with the EHF's national team weeks rescheduled from mid-June to late April and the beginning of May.

This will see players no longer required to play European qualification matches at the end of the club season.

Men's top handball games will now be played mid-week, with the EHF Champions League held on Wednesday and Thursday evenings and the European Handball League games held on Tuesday evenings.

The women's competitions and the EHF Cup will be played on weekends.