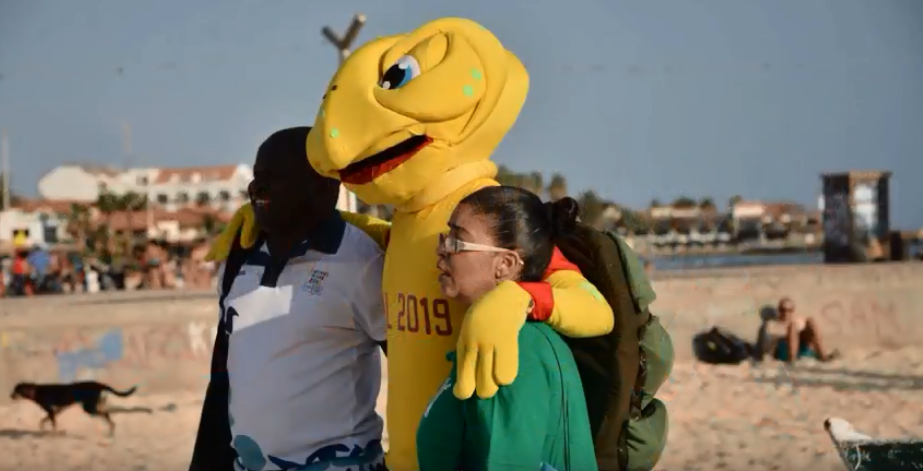 Sal 2019 held an event to mark the six-month countdown to the inaugural African Beach Games in Cape Verde.

The event was awarded to Sal island on the Atlantic archipelago at the Association of National Olympic Committees of Africa General Assembly in Djibouti in May 2017.

Júlio Lopes, Mayor of Sal, participated in the countdown event to highlight his support of the Games.

He said the City Council were backing the Games which he believes will prove important in continuing the development of the island and Cape Verde as a whole.

The event featured a variety of sport competitions and entertainment.

A total of 150 students from Olavo Moniz Secondary School and the Santa Maria Educational Complex took part in activities.

The events were billed as giving the residents of Sal a taste of what will be taking place at the Games next June.

It was hoped the six month countdown event would also help to create excitement around the Games.

In addition to the sport, a live performance by the band Salt 4 and a set by DJ Sandir also took place.

Kretxeu, the Sal 2019 mascot, took photos with the athletes and members of the public.

The mascot is a loggerhead turtle, which organisers say Cape Verde is famous for, and has recently been protected by law.

The sport programme includes freestyle frisbee while taekwondo will be making a first major appearance at a regional beach sport event.

These are joined by rowing, canoeing, marathon swimming, finswimming and pétanque.