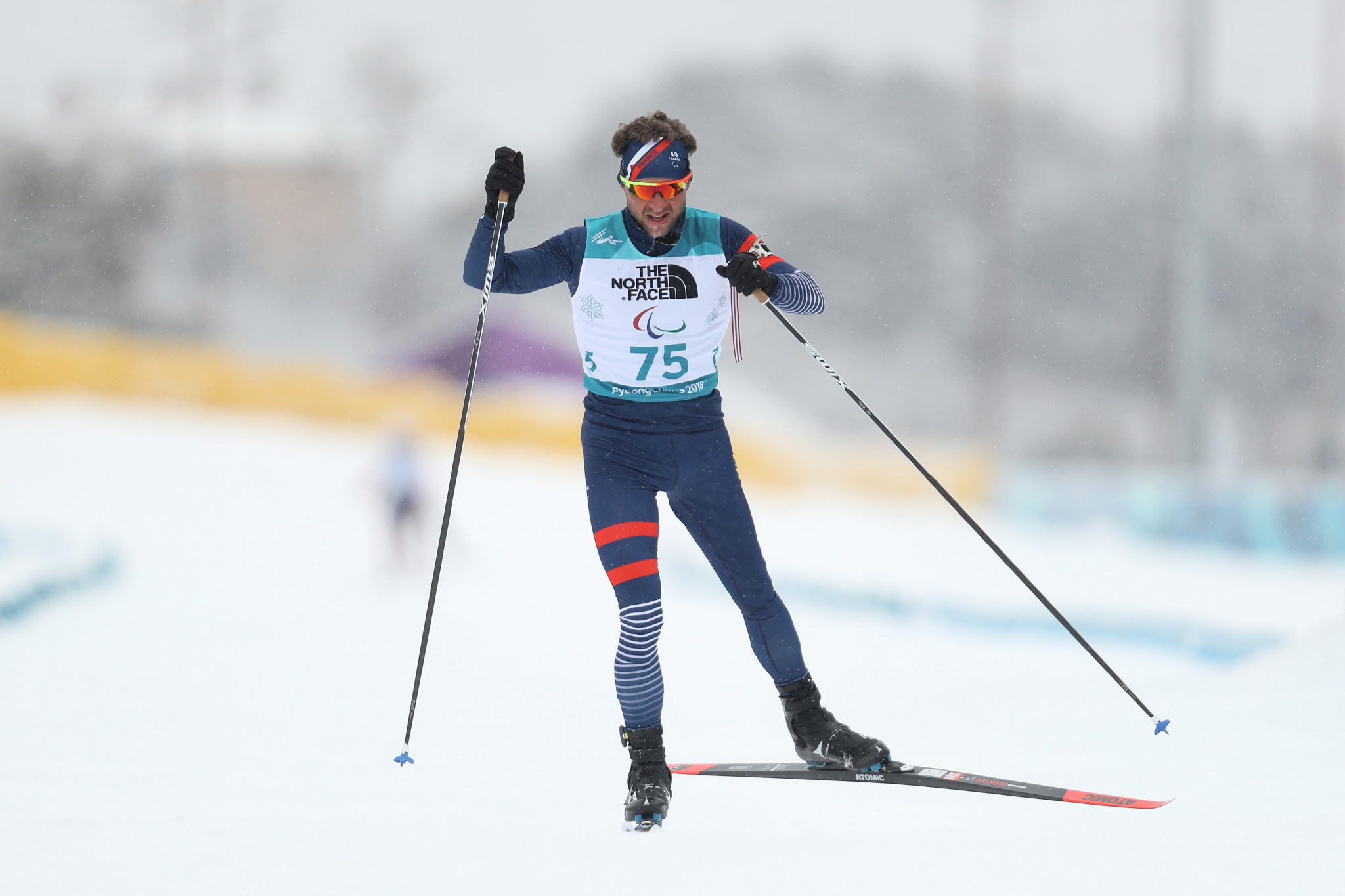 In a new format the race saw all biathletes in the same class start at the same time, rather than racing individually against the clock.

It meant that unlike time trial races, the first across the line would win, and today it was Paralympic champion Daviet who claimed victory.

The 29-year-old took victory in 22min 21.4sec, having finished third and fourth in his previous biathlon events.

This time around though he found his shooting form in the standing, hitting all the targets.

Norway's Nils-Erik Ulset did not miss a shot either, but was passed by the Frenchman out on the tracks and eventually finished second in 22:39.0.

Canada's Mark Arendz took the bronze medal in 22:58.2 after missing one target.

"I was fast on the skis.

"I did what we planned with the coach on the shooting range and I was more on the attack."

Super finish to the opening World Cup with @KendallGretsch and Dan Cnossen each earning GOLD, and @OksanaMasters getting the SILVER in the Biathlon Class Start. @Pikester86 finishes 5th. All US athletes hit 9 of 10 targets! pic.twitter.com/kpw2qycWaX

In the women's event Oleksandra Kononova made it a hat-trick of wins in biathlon.

The Ukrainian had a great battle with Norway's Vilde Nilsen and her team-mate Liudmyla Liashenko, but was ultimately too strong for both of them and finished first in 20:10.6.

In the sitting races the United States took both golds as Daniel Cnossen claimed the men's and Kendall Gretsch the women's.

Crossen outskied Ukraine's Taras Rad, who initially led until the final lap, to win in 27:45.9, eight seconds ahead.

Meanwhile with the top three women all missing just one shot on the range it came down to the strongest skier, with Gretsch winning comfortably in 25:30.5.

She beat her compatriot Oksana Masters by 40 seconds, while Germany’s Andrea Eskau finished over a minute behind in third.

In the visually impaired divisions Yury Holub from Belarus took the men’s gold, while the women's went to Germany's Clara Klug.

Holub won his second straight gold in 23:33.5, despite missing three targets on the range.

Second went to Ukraine's Iaroslav Reshetynskyi in 23:44.8, while Belarus also gained bronze through Vasili Shaptsiaboi in 23:56.0.

The next World Cup round will take place in Ostersund, Sweden from the January 12 to 19.