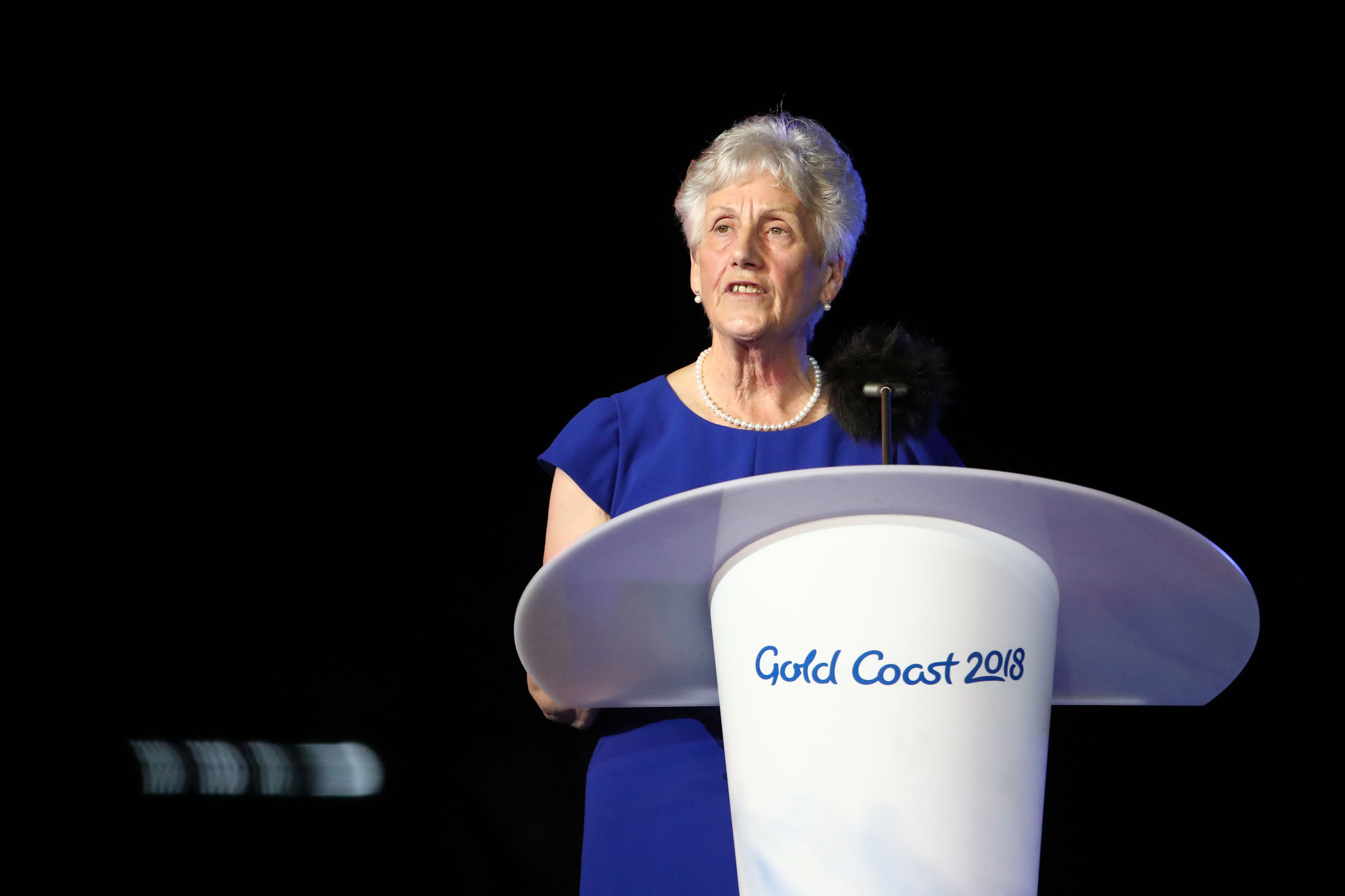 Commonwealth Games Federation (CGF) President Louise Martin has been made a Dame by The Queen's New Year's Honours List in the United Kingdom, it has been announced.

Martin has been head of the CGF since 2015, the first woman to head the position.

Before that she was chairman of sportscotland and helped organise the 2014 Commonwealth Games in Glasgow.

"Sport underpins the unique connections and friendships which bring together a third of the world’s population as citizens of the nations and territories of the Commonwealth," Dame Louise said.

"I am truly overwhelmed and humbled to be recognised in this way – and can’t imagine what my 16-year-old self would have thought about this announcement when I first experienced the Commonwealth Games as a swimmer at the 1962 Games in Perth, Australia.

"The successes and impacts of the Games are only made possible by the passion and commitment of our athletes, supporters, volunteers and host city partners. I would like to pay tribute to them – and in particular our partners and participants in Glasgow and Gold Coast – as I graciously thank Her Majesty for this honour."

England netball player Geva Mentor, a member of the team that won a Commonwealth Games gold medal at Gold Coast 2018, has been made a Most Excellent Order of the British Empire (CBE).

The CBE for Mentor, who plays in Australia for Melbourne side Collingwood Magpies, is part of the diplomatic service and overseas list.

Huge congratulations to our incredible Vitality Rose on being awarded a CBE for services to netball in the New Year Honours! ?

British Rowing's three-time Olympic silver medallist Frances Houghton has been awarded the Most Excellent Order of the British Empire (MBE) for services to rowing.

She competed in five consecutive Olympics in a 16-year career and, at Rio 2016, was part of the crew who delivered Britain's first-ever women's eight Olympic medal.

UK Athletics Paralympics head coach Dunn has also been made an MBE.

The European and Commonwealth 100m medallist became the first female head coach at UK Athletics when she was appointed in 2012.

Also in athletics, Lorna Boothe and Roger Blades are made MBEs.

Having served as the Chair of the Olympic Park Legacy Company from 2008 until 2012, Baroness Margaret Ford is awarded the Order of the British Empire for her services to sport and business.

"It is heartening to once again see those who have contributed so much to Olympic sport recognised in the Queen’s New Year Honours," British Olympic Association chief executive Bill Sweeney said.

"We are indebted to those athletes who have worn the Team GB colours in inspiring the nation and of course to those who have contributed so much in their work and generous charitable efforts on behalf of Olympic sport and the British Olympic Association."