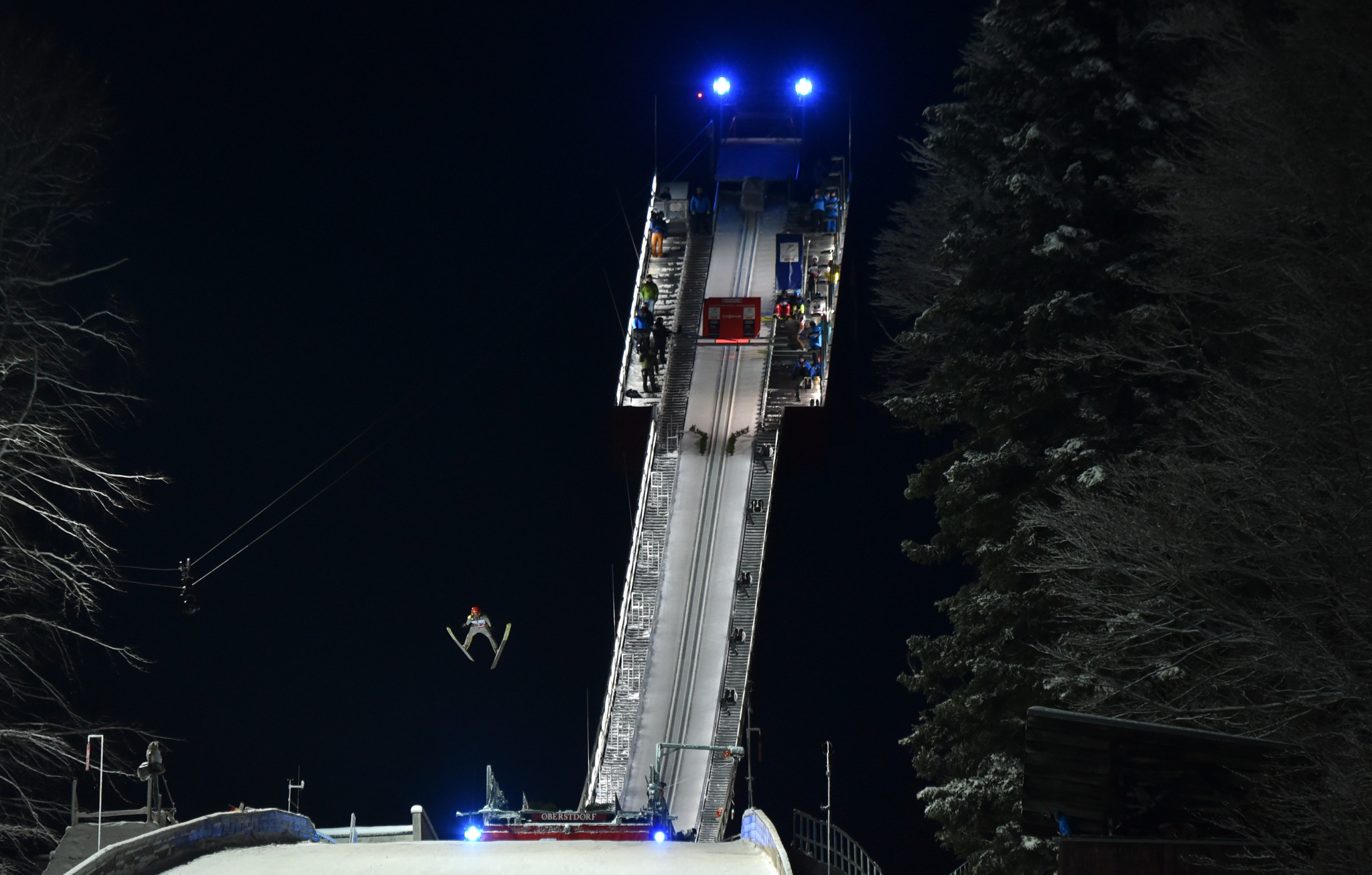 Three competitions will be held over three days from tomorrow, with each counting towards the overall World Cup rankings.

The first event tomorrow is an addition to the planned calendar, with the FIS adding an extra competition in Oberstdorf after action in Titisee-Neustadt in Germany was cancelled in December due to a lack of snow.

It means no qualification will take place on the ski flying hill - a much larger and higher structure than a regular ski jumping hill which offers the chance of huge distances.

Kraft, who won the overall World Cup title in 2017 and has two Ski Flying World Championship bronze medals, triumphed in Zakopane in Poland and then twice in Japanese city Sapporo.

He has 781 World Cup points but still lags behind Japan's Ryōyū Kobayashi who has 1,223 after his superb early-season form saw him win nine out of the first 12 competitions.

Kobayashi won all four legs of the Four Hills Tournament - including in Oberstdorf - but has not won in his last four attempts.

Norway's reigning Olympic champion Maren Lundby is the new leader in the standings, taking over from Germany's Katharina Althaus after making it three victories in a row.

Lundby, also the defending overall World Cup champion, won in Zao in Japan and twice in Rasnov in Romania and now has 788 points at the top of the rankings.

Althaus had led from the opening weekend of the season but has now slipped to second on 747.

The Lillehammer Triple winner has not won an event since December 16.

Qualification tomorrow will be followed by two competitions in two days.