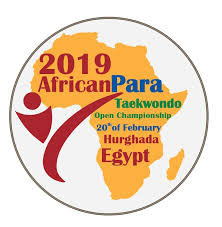 The fourth edition of the African Para-Taekwondo Open Championship is due to begin in Egyptian city Hurghada tomorrow with a record number of 120 participants from 28 countries set to compete.

The one-day event is scheduled to take place at the Hurghada Covered Sports Hall and will see the participation of winners from the recent World Championships in Antalya in Turkey.

"After the inclusion of Para-taekwondo in Tokyo 2020, all countries became eager to practice the sport and participate in international championships in order to collect points to be added to their personal points to be able to qualify for the 2020 Tokyo Paralympic Games," he was reported as saying by Ahram Online.

"The African Open Championship, to take place in Hurghada, is authorised by the World Federation and its points will be officially added to the participants."

The event will be hosted by Egypt for the first time and Fouly expects it to be the best edition yet.

"Egypt is the land of great civilisations," Fouly added.

"It is always opening its hands to host such international events, through which it sends a message to the whole world that it is the land of peace and inclusion.

"Everyone is interested to come and visit Egypt and participate in the competitions.

"Although it is our first time to host the championship, I am sure it will be the best one."