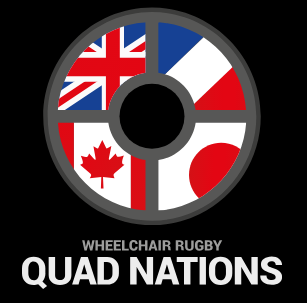 The second edition of the Wheelchair Rugby Quad Nations is due to begin in Leicester tomorrow with three days of action planned.

Hosts Britain will be joined by reigning world champions Japan, Canada and France at the Morningside Arena.

It comes after an inaugural edition in Leicester last year, won by Paralympic champions Australia.

Each side will play the other in a round-robin across the first two days, with two teams playing twice on each day.

The top two sides in the group will contest the final on Sunday (March 3).

Japan, who claimed a surprise world title win by beating hosts Australia in last year's final, will be looking to add another piece of silverware.

They will play France tomorrow, who will then go on to meet Britain.

The hosts also have a day one date with Canada.

On day two, Japan will meet Britain and Canada, with the Canadians meeting the French.

The event comes in the build-up to the World Wheelchair Rugby Challenge, which will be played alongside the Rugby World Cup in Tokyo in October and involve the top eight teams in the world.

Thai duty-free giant King Power are serving as the sponsor for the second year running.

This move is viewed as continuing the legacy of the company's former chairman Khun Vichai Srivaddhanaprabha, who was also the former chairman of Leicester City Football Club.

He was one of five people tragically killed in a helicopter crash outside the King Power Stadium in Leicester in October.