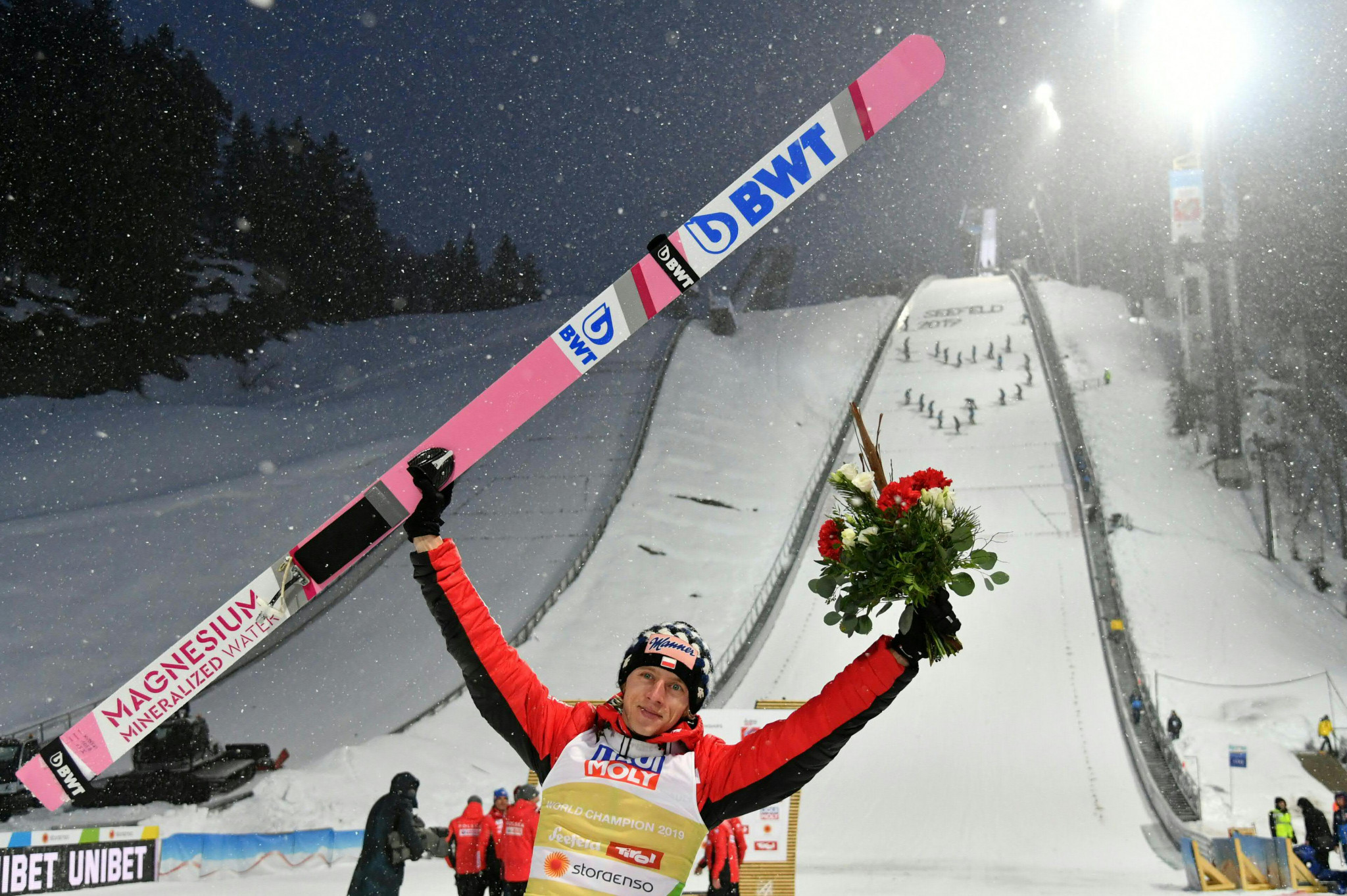 The 29-year-old had claimed team medals at the 2017 World Championships and last year's Winter Olympic Games but had failed to taste individual success at an international event.

That all changed today as he stunned the rest of the field, recovering from 27th after the opening jump to finish on a total of 218.3 points.

Kubacki jumped 93 metres and 104.5m to secure the gold medal ahead of Olympic large hill champion and compatriot Kamil Stoch.

The bronze medal was claimed by Austria's Stefan Kraft, whose jumps of 93.5m and 101m were rewarded with a total of 214.8 points.

Kubacki's dream of individual gold appeared to have ended when he languished in 27th after the first round.

But it proved to be a blessing in disguise as his second jump took place in good conditions, which worsened as the round went on.

The weather seemingly played a part in Stoch and Japan's Ryoyu Kobayashi, who led Kubacki by 19 points going into the second stage, being unable to usurp the Polish athlete.

There was a familiar winner in the other event held today as Norway won the men's 4x10 kilometres relay for the 10th consecutive World Championships.

Andrey Larkov, Alexander Bessmertnykh, Alexander Bolshunov and Sergey Ustiugov were forced to settle for silver having finished the course in a combined 1:43.10.9.

Victory for Norway saw the country maintain its dominance of the 4x10km cross-country relay, with their winning run stretching back a decade.

The event in the Austrian resort continues tomorrow.