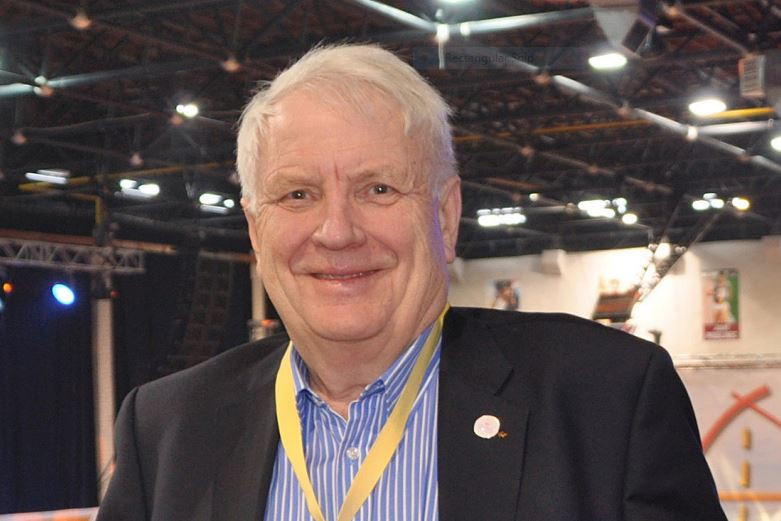 Svein Arne Hansen, who will stand unopposed in April for a third term in office as President of European Athletics, has said in his fourth annual report, entitled "Change Delivered", that his mission is "to take athletics to every home and to every phone in Europe".

Assessing the progress made on his 2015 election manifesto, "Leading Change", Hansen said: "When I was a candidate for the Presidency of European Athletics in 2011 and again in 2015, I would tell anyone who would listen that athletics in Europe was on the verge of an exciting new era.

"But it was not until early August 2018 that that a wider audience got its first glimpse of how far we can take the sport.

"I dare say that everyone who attended our European Athletics Championships in Berlin, or experienced the event through the media, was aware that something very special was happening during those days.

"Many, including me, have said that Berlin was simply European Athletics' best event, ever."

But he added: "With all that said, I don't believe we can rest.

"True, we have recently stabilised European Athletics' financial situation and secured most of our basic operating budget through 2027, but not all Europe's national federations are enjoying sustainable sporting and financial success.

"In my view, the last four years have been about building a solid platform.

"One of our biggest challenges will be to avoid complacency."

Identifying one such area of challenge, he added: "The social, technological and communications environment in which athletics must compete with other sports and leisure options will continue to surprise us on an almost daily basis, meaning that it will never be possible to stand still."

Assessing commercial activity within European Athletics, Hansen wrote: "The biggest stories have been the severe setback of losing our timing sponsor in 2017, which meant we were forced to adapt our budget and delay some priority agenda projects, and then the securing of important partnerships that will fund the majority of our anticipated fixed costs through 2027.

"The first success was the eight-year extension of our media rights agreement with the European Broadcasting Union (EBU), announced during the 2018 European Athletics Championships in Berlin.

"This deal vindicates the work of integrating our Championships into the quadrennial multi-sport European Championships, which was a key to the enhanced contract terms.

"Next came an eight-year extension of the agreement with our long-time sponsor SPAR International.

"Announced at the 2019 European Athletics Indoor Championships in Glasgow, this deal is structured to run for the same period as the EBU contract.

"Of course, we still need to replace our timing sponsor and delivering new partnerships will always be a challenge.

"I am happy to report that already we have seen progress with the announcement of a very interesting new agreement with Mondo and I am expecting more in the coming months."

Assessing advances in competition, Hansen mentioned the Dynamic New Athletics (DNA) project that will make its debut at this year's European Games in Minsk as being "at the top of our progress list".

NA will bring a new type of track and field to the second edition of the continental event in the Belarus capital.

Held over two hours, it sees teams of men and women vie for supremacy in 10 events, which organisers say embraces "the basic athletics building-blocks of running, jumping and throwing".

Disciplines include the "Track'athlon" - an athletics assault course featuring a sled run, shot put toss, standing long jump, water jump, medicine ball run and parachute run - as well as "The Hunt", a distance-medley race in which the best-performing teams in the first nine events will get a proportionate head start.

"Leveraging support from the European Olympic Committees, we devoted over two years to market research, gathering input from experts and athletes, field testing, and communication with all our stakeholders to develop an attractive product that can stand beside and complement classical athletics," Hansen added.

"After a launch at the 2019 European Games, our focus will turn to developing the concept for use by clubs, schools and other organisations in order to attract and retain more young athletes."

Looking ahead, Hansen identified "three broad areas of concentration" - supporting the delivery of the European Athletics competition programme, "working to build on our financial stability and bring in new partnerships and resources", and pushing to "intensify the impact of athletics, in terms of numbers of both participants and fans".

The full report can be found here.