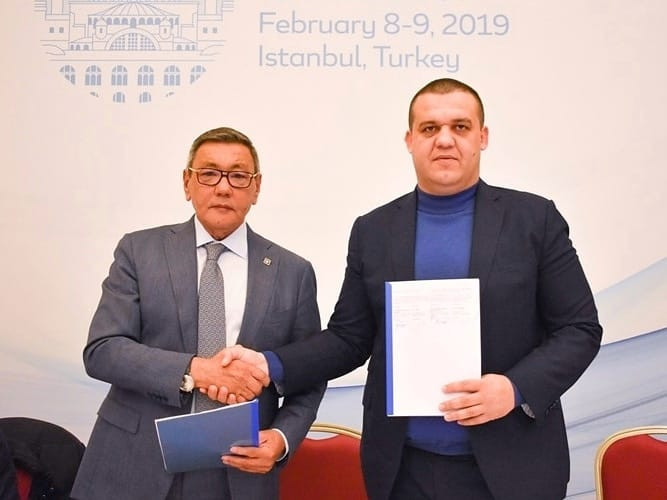 Umar Kremlev, secretary general of the Boxing Federation of Russia, has positioned himself as an early contender to replace Gafur Rakhimov as President of the International Boxing Association (AIBA) by admitting he has already considered standing.

He revealed his interest as AIBA admitted they did not want Rakhimov to step down, even though his election as President last November has plunged the sport into crisis and threatened its place on the Olympic programme at Tokyo 2020.

Rakhimov, described as "one of Uzbekistan's leading criminals" and who is on the United States Treasury List, announced last Friday (March 22) that he was stepping down as AIBA President just a few days before the International Olympic Committee (IOC) Executive Board meet to consider an interim report into the organisation's governance, financial management and integrity of its competitions.

A bad report, which is due to be presented to the IOC Executive Board here on Thursday (March 28), could see the governing body being stripped of the right to organise the Olympic boxing tournament at Tokyo 2020.

Mohamed Moustahsane, head of the African Boxing Confederation, is set to be appointed as Interim President of AIBA.

It is unclear, however, whether Rakhimov's decision to step down is permanent or just a temporary one in an effort to preserve AIBA's role at Tokyo 2020.

If it is permanent then Kremlev would be among the favourites to replace him.

He was elected as a member of the AIBA Executive Committee at the same Congress in Moscow last November where Rakhimov was voted in as President.

Since then he has been appointed head of the AIBA Marketing Commission and been elected first vice-president of the European Boxing Confederation.

"I have thought about it," Kremlev told Russia's official state news agency TASS when they asked him about whether he would stand to replace Rakhimov.

"I think it is possible that my candidacy will be submitted for the election.

"The election of the new President of the organisation must be held within nine months."

AIBA, though, continued to throw its support behind Rakhimov even after his decision to resign.

"In light of this notification by the President, the Executive Committee have regrettably accepted this decision," they wrote in a gushing press release today.

"However, the AIBA EC would like to extend their great appreciation to President Rahimov for his commitment to the sport of boxing and for his efforts in helping to turn around the organisation during his tenure."

They claimed that Rakhimov has helped reduce AIBA's debt by $3 million (£2.2 million/€2.5 million) "in the last six months due to the exercised discipline and fiscal policies implemented".

AIBA also continued to criticise the IOC for the manner in which it is conducting its inquiry chaired by Serbia's Nenad Lalović.

"AIBA further received additional follow-up questions by the IOC ad-hoc inquiry committee last Friday afternoon, which will be answered by AIBA in due time," they said in a statement.

"AIBA is however surprised that no further information was provided with regards to the hearing requested nor did a hearing with the IOC ad-hoc committee take place.

"Nonetheless, the AIBA EC is confident that this committee as well as the IOC Executive Board have enough information from AIBA to close the inquiry and move forward."