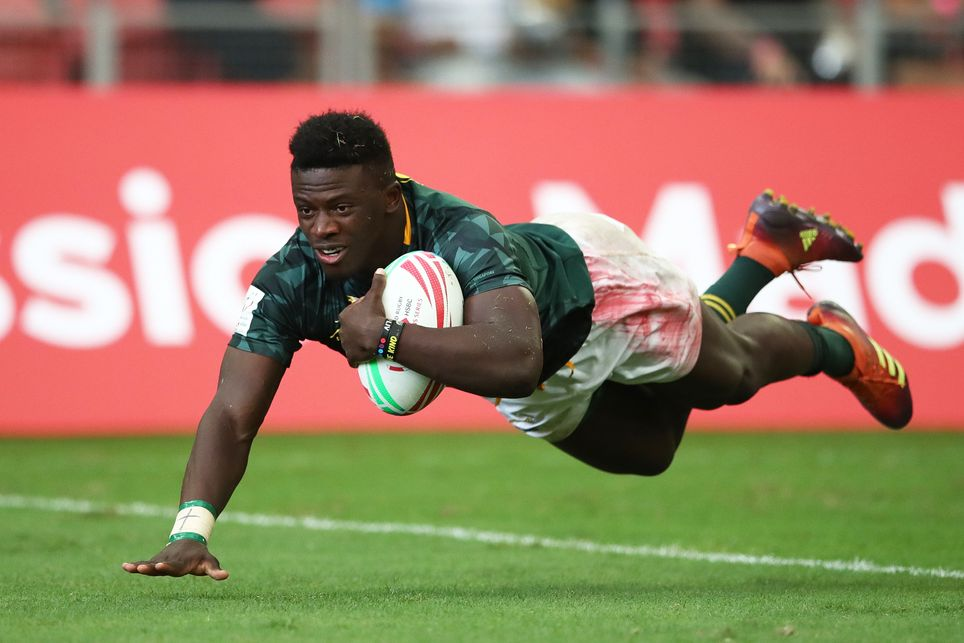 United States were among four teams to progress to the quarter-finals of the World Rugby Sevens with unbeaten records in Singapore.

The series leaders were one of three teams that began the weekend with the chance to secure qualification to the Tokyo 2020 Olympic Games.

The US moved closer to achieving their aim at the National Stadium in Singapore, after winning their three Pool C matches.

A 31-12 victory over Wales was quickly followed by a narrow 17-14 triumph against Kenya.

First place in the pool was secured with a 22-7 win over England.

The US team will face Argentina in the quarter-finals, after the South Americans finished second in Pool B.

Australia topped the standings with three successes, which included a 22-17 victory over Argentina.

New Zealand were also unbeaten on the opening day, earning convincing wins over Japan and Spain.

The highlight was a closely-fought 26-22 win over Samoa.

The Pacific Island thrashed Canada 50-12, but suffered a 19-12 loss to Scotland and a 17-7 success against South Africa.

Fiji still progressed as runners-up to unbeaten South Africa in Pool A.

South Africa will face Samoa in the quarter-finals, while Australia take on England.

The highlight could be the meeting between Fiji and New Zealand.

New Zealand are unable to secure Olympic qualification this weekend after England progressed to the quarter-finals.

Both the US and Fiji could still book their places at Tokyo 2020, should they finish with a margin of 43 world series points over the fifth-place team.

The top four finishers in the end-of-season standings will secure Olympic berths.