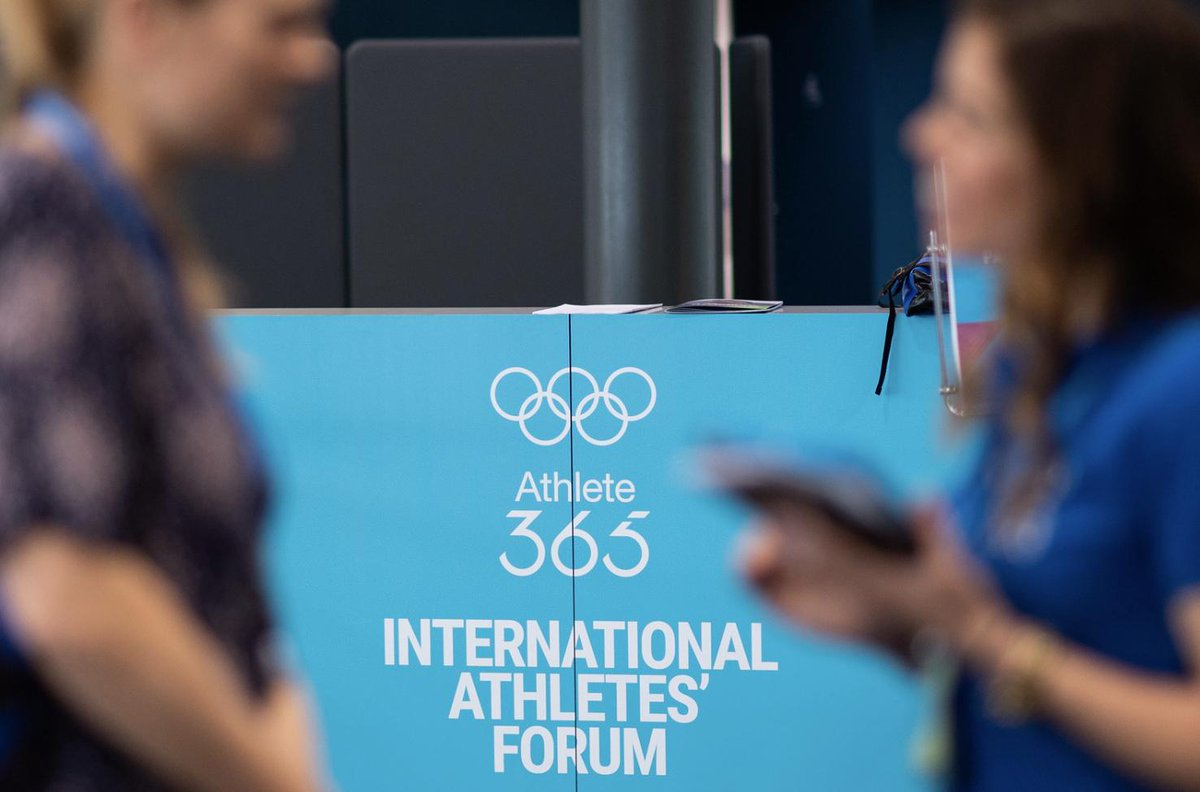 Support for the model was one of nine proposals presented at the end of the second day of the forum, which were drawn up to represent the discussions.

The proposals were approved by a show of hands from the Athletes’ Commissions present.

The forum consisted of 350 athletes from the 185 National Olympic Committees (NOC) Athletes’ Commissions, as well as their counterparts from International Federations (IFs), the World Anti-Doping Agency, the International Paralympic Committee and upcoming Olympic host cities.

The athletes present agreed to: “The need to continue and strengthen the solidarity funding model because it serves all athletes from all 206 NOCs and all Olympic sports.

“It was noted that the athletes participate in the Olympic Games as a team of their NOC, therefore, the financial support from the IOC should go to the Olympic team, i.e. the NOC,” the recommendation continued.

The proposal also stated that the IOC and NOCs should “continue to make the funding streams to all stakeholders even more transparent and communicate more clearly about their impact, in order to create a reference point for the athletes to follow up on the implementation of the IOC programmes and to monitor them more closely".

This would also apply to IFs, with the IOC now set to form a working group with the Association of Summer Olympic International Federations (ASOIF) to develop a set of principles and guidelines.

Under the guidelines an identified share of the Olympic funding would be dedicated to specific athlete support programmes including athlete representation.

The guidelines are aimed at being finalised and implemented for the next Olympic cycle, following Tokyo 2020.

Participants were also asserted to agree that “for the legitimacy of athlete representation by their peers”, that elections for Athletes’ Commissions should take place in every NOC and IF.

It was claimed that having a vote within decision-making organisations, based on the elections, is “the most powerful and legitimate form of athlete representation".

The fund could add up to a support programme of about $10 million (£7.6 million/€8.5 million) per Olympiad, it was claimed.

IOC President Thomas Bach, who was present at the forum, committed to supporting the proposal when it is discussed by the IOC Executive Board.

The forum saw discussions take place on the topics of anti-doping and mental health, which were both covered in the recommendations.

A call was made for organisations to ensure a level playing field in terms of international testing and to improve education, prevention measures and research.

Enhancing support for athletes in anti-doping system was also requested, along with calling for WADA, Governments, NOCs, IFs and the IOC to find ways to better target and sanction the enablers of doping, such as doctors, medical staff, coaches and officials.

The focus on mental health saw presentations on IOC resources to protect and support wellbeing, including IOC safeguarding toolkit and initiatives on the prevention of competition manipulation and anti-corruption.

A toolkit being produced by the IOC Athletes’ Commission and the IOC Medical and Scientific Commission was also discussed.

Strengthening the support for career transition programmes, the Athletes’ Right and Responsibilities Declaration, and development of an IOC ambassador programme to inspire young people were also recommended.

The final recommendation was for greater engagement and communication among the Athletes’ Commissions’ network.

This would involve the launch of an “Athlete365 app” dedicated to athlete representatives which would boost discussions between Athletes’ Commissions around the world.

It was also agreed that the IOC would invite all Athletes’ Commission members from all NOCs, IFs, Organising Committees and from all Olympic Movement stakeholders to every edition of the forum.

A joint event with the World Olympians Association (WOA) will take place tomorrow in Lausanne.

The joint session is part of a wider strategic initiative between WOA and the IOC Athletes’ Commission to work in partnership on Olympian and athlete welfare, development and engagement.

The event will launch the WOA’s second World Olympians Forum, which will run until April 17.