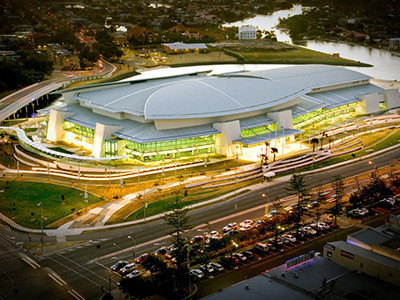 Milan Cortina d'Ampezzo 2026 and Stockholm Åre 2026 will not send full delegations to next month's SportAccord World Sport and Business Summit as part of measures introduced to save costs in the bidding process for the Olympic and Paralympic Games.

Both candidates confirmed to insidethegames that they would have a limited presence in Gold Coast in Australia, where they are due to present their plans for the 2026 Winter Olympic Games.

The presentations - which have in the past been made to all delegates attending the summit, previously called SportAccord Convention - will be made in private and via video link to the Association of International Olympic Winter Federations (AIOWF) on May 7.

They will be streamed to the AIOWF meeting in the Australian city from Stockholm and Rome respectively.

The decision not to send full teams was made to save costs owing to the distance between the two bidding nations and Australia.

It means their presentations, the last they are due to deliver before the International Olympic Committee (IOC) Session in June, will be somewhat understated compared with previous editions of the annual convention.

The SportAccord event has previously been viewed as a key campaign milestone for bidders for the Summer and Winter Olympic Games.

Tokyo's presentation at the 2013 SportAccord Convention in Saint Petersburg was considered a turning point in the race and the Japanese capital was awarded the 2020 Summer Games less than four months later.

Presentations were not permitted for either Beijing nor Almaty, the two candidates for the 2022 Winter Olympics, in 2015 but Paris and Los Angeles staked their claim for the 2024 Summer Olympics in Aarhus two years later.

The race for the 2026 Games heated up last week when Milan Cortina 2026 and Stockholm Åre 2026 submitted their candidature files with full Government support.

Milan Cortina 2026 had earlier been backed by the Italian Government, with similar support from the Swedish Government arriving three days before the April 12 deadline.

The two candidates last presented to a wider gathering of Olympic officials at the Association of National Olympic Committees General Assembly in Tokyo in November.

Following the conclusion of IOC Evaluation Commission visits to the two bidders in recent weeks, their report is due to be published on May 24.

The publication will come one month before the final vote at the IOC Session in Lausanne on June 24.