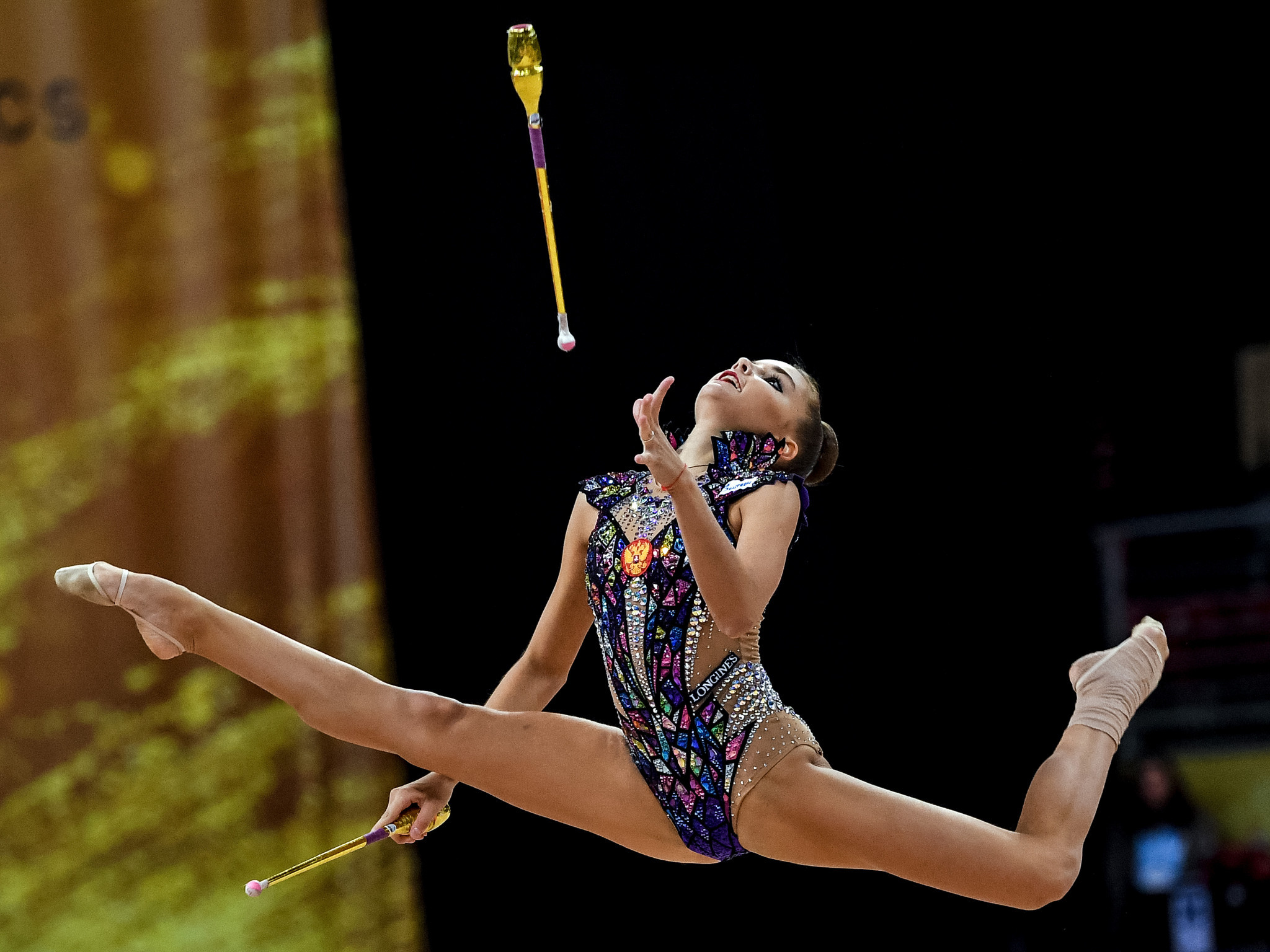 The Russian star, who won the all-around competition yesterday at the Milli Gimnastika Arena, clinched her second gold medal of the World Cup by recording a score of 22.000 points in the hoop final.

Linoy Ashram of Israel and Laura Zeng of the United States rounded off the podium places on 21.850 and 20.350 respectively.

Averina triumphed again in the clubs discipline on 22.500 points to earn her second title of the day.

Her sister Arina Averina ended as the runner-up on 22.300, with Ukraine’s Vlada Nikolchenko third on 21.400.

A third gold of the day for Averina proved elusive as Israel’s Ashram won the ball competition on 21.750.

Averina took the silver medal on 21.100, while Belarusian gymnast Ekaterina Galkina scored 20.500 to round off the podium.

The Averina sisters completed the top three, with Arina and Dina scoring 20.600 and 20.250 respectively.

Bulgaria triumphed in the team hoops and clubs competition as their squad registered a score of 25.550 to take the title.

The competition at Azerbaijan’s national gymnastics centre was the fourth event of the Rhythmic Gymnastics World Cup series.