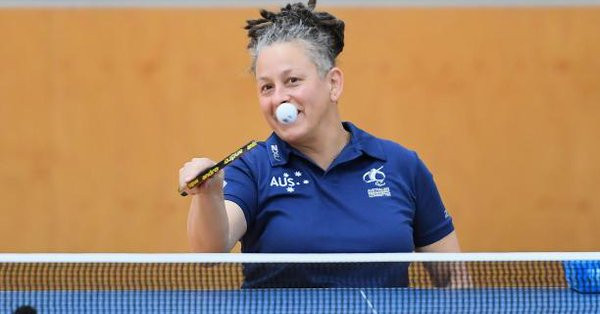 Melissa Tapper claimed her third Oceania Championship title in the class 6-10 event after she defeated fellow Australian Andrea McDonnell in the final 11-1, 12-10, 11-4.

Di Toro is a relative newcomer to Para table tennis, having switched from wheelchair tennis in 2014.

In the men's single class 3-5, another Australian, Junjian Chen, had a tricky start to his final against Fijian favourite Iakoba Taubakoa, dropping the first set 9-11.

Chen then rallied to beat Taubakoa in the next three sets 11-4, 11-3, 11-8 to claim Australia's third gold medal of the Championships and retain his 2017 title, the only athlete to do so at the event.

Australia were also dominant in the team events.

The mixed class 2-4 final pitted two Australian teams against each other, with Chen and Caleb Crowden seizing the prize after defeating di Toro and Amanda Tscharke.

In the women's class 6-10 event, a combined Fijian-Australian team of Tapper, McDonnell and Laniana Serukalou won against the all-Australia team of Rebecca Julian and Christine Wolf.