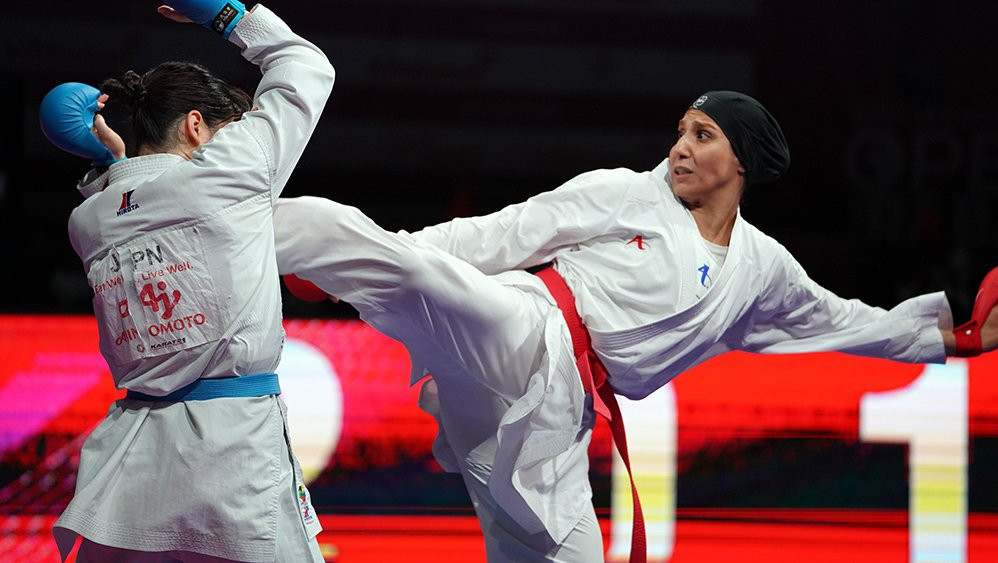 Former world champion Serap Özçelik maintained her superb run of form this season as Iran topped the medal standings at the Karate 1-Series A event in Istanbul.

Özçelik topped the podium in the women's under-50 kilograms kumite division to the delight of the home crowd at WOW Congress Centre.

The 2014 world champion added to her triumphs at the Karate 1-Premier League competitions in Rabat, Dubai and Paris with a 4-0 win over Shiau-Shuang Gu of Chinese Taipei in the final.

Karate 1-Series A grand winner Eray Samdan added to the Turkish success as he claimed gold in the men's under-60kg by defeating Yerkinbek Baitureyev of Kazakhstan 2-0.

World champion Bahman Asgari Ghoncheh was among the Iranian victors as he despatched Luigi Busa 6-1 to take gold at under-75kg.

Ghoncheh's compatriot Mahdi Ghararizadeh Mahani caused arguably the biggest upset of the day when he ousted fan-favourite Ugur Aktas 1-0 in the final of the under-84kg division.

Victory for the Iranian saw him claim his first title on the international stage.

Hamideh Abbasli justified her status as the favourite in the women's over-68kg with a 1-0 triumph over Japan’s Ayaka Saito in the final, while Iranian team-mate Saleh Abazari took the men's over-84kg honours.

Marina Rakovic of Montenegro also sprung a surprise as she stunned world champion Irina Zaretska of Azerbaijan 4-2 to seal the women's under-68kg honours, her first major title for five years.