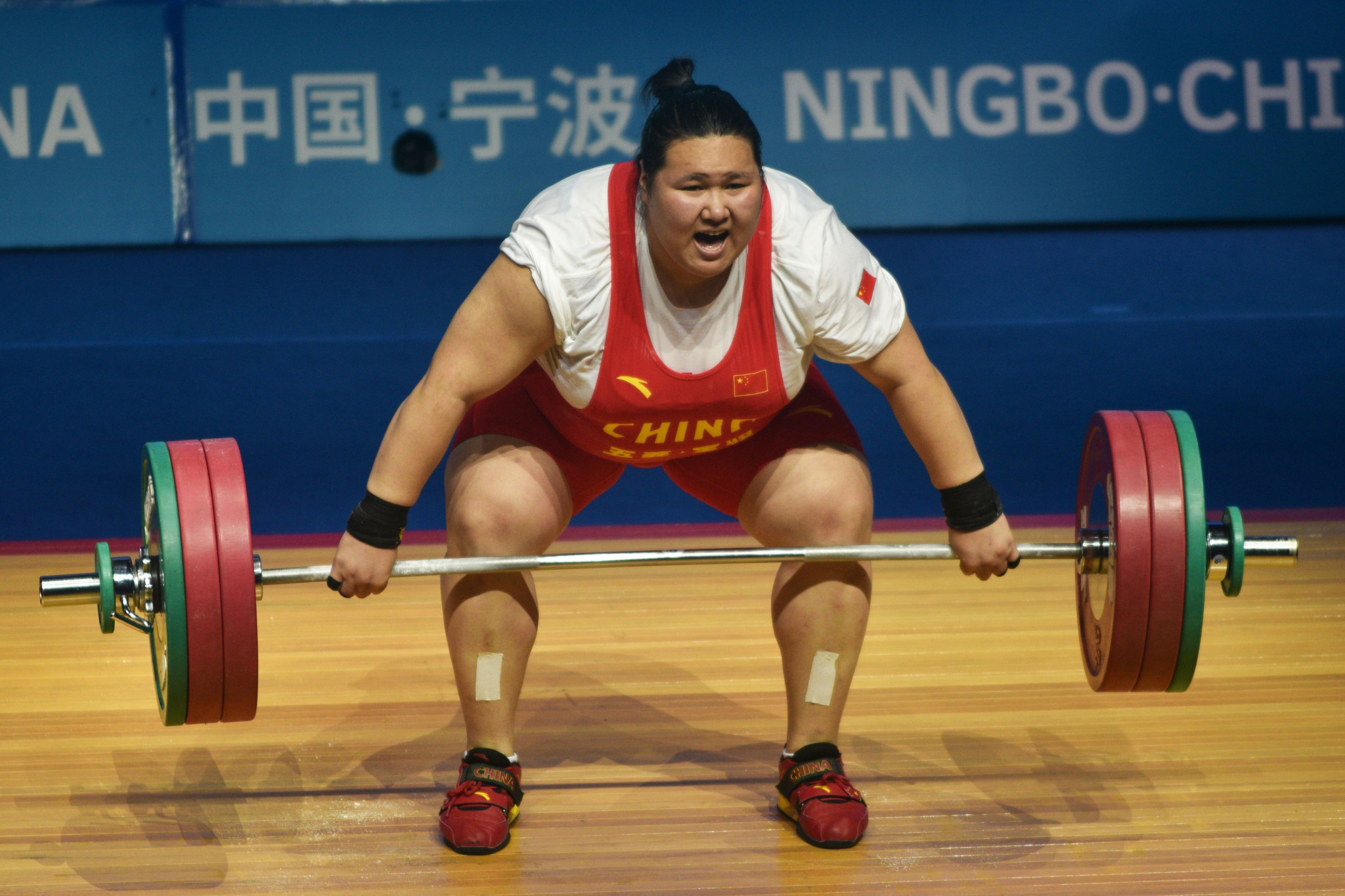 Li Wenwen, the most remarkable teenage talent in weightlifting, finished ahead of the reigning Olympic and world champions in the first two international competitions of her career this year.

Now 19 years old, Li had never entered a meaningful competition until 14 months ago.

But she should move to the top of the super-heavyweight Tokyo 2020 Olympic Games rankings by winning her first global title in the International Weightlifting Federation (IWF) Junior World Championships in Fiji, her first competition abroad.

Anybody without a detailed knowledge of national-level young lifters in China would never have heard of Li until February this year, when she made a sensational international debut by finishing ahead of the Russian world champion Tatiana Kashirina in the IWF World Cup in Fuzhou.

In her second competition a few weeks later, Li finished well ahead of her team mate and Olympic champion Meng Suping to win the Asian Championships in Ningbo – and broke Kashirina’s senior snatch world record in the process.

The Junior World Championships in Suva, which run for eight days from Saturday (June 1), will be her third international contest and her first at junior level.

Her remarkable efforts this year have given Li all three junior world records at super-heavyweight.

Her best total of 325kg, plus that world-record snatch of 147kg, make her a very strong favourite to win gold.

Li was spotted in her home city of Anshan by coach Guan Yongmei on a recruitment tour of Liaoning province.

She was impressed by Li’s attitude and her large hands and feet, and when Li started weightlifting at the age of 12 she could snatch 50kg and clean and jerk 70kg.

Two years later she moved to Fujian province to join the team led by the phenomenally successful coach Chen Wenbin, and she earned her place in China’s national team last September after performing well in three Senior and Junior National Championships.

Li has always excelled in her training but coach Guan thought she was not ready for competition before last April.

In her first senior appearance Li lifted a very impressive 316kg, and after winning the Chinese junior title (315kg) last May she finished ahead of Meng at another national competition, lifting 325kg.

Guan, who has been a coach for more than 30 years, is an expert at building up young lifters, prioritising strength over technique at the outset, and likes to train heavyweights.

She is hopeful that some of her athletes will compete at the Olympic Games in future and Li, who is now guided by a national team coach, could be the first to do so if she can continue to improve over the next year or so.

With so many top-ranked women in a number of Olympic weight classes and the possibility of Meng returning to top form, Li still has much work to do if she is to take one of China’s four places for women in Tokyo.

But Li is clearly capable of overtaking Meng as her country’s top contender in a weight category in which China has a very good record, having won gold four times in the five Games since women’s weightlifting was added to the programme.

Like Li, Davoudi won the Asian Championships in Ningbo, and also holds all three junior world records, with 197-237-432.

He won a national title aged 16, after which he was invited to join the senior national team.

“The harder the training was, the more I became interested,” he said.

With Behdad Salimi having retired and Saeid Alihosseini out of the reckoning, Davoudi is Iran’s top contender in the super-heavyweights, though they have only two men’s places in Tokyo.

“Thinking of the Olympic gold medal and making my family and the people of my country happy is the best encouragement for me,” said Davoudi, who won last year’s Junior World title with 419kg.

The United States, Italy and South Korea are among the nations hoping to continue their impressive improvement and build for the future.

Three Americans have gold medal chances though one of them, Harrison Maurus in the men’s 81kg, has been recovering from a back injury.

The others are the 73kg favourite CJ Cummings, who is aiming for his fourth straight junior world title, and Kate Nye in the women’s 71kg, in which she is rated well ahead of her rivals.

Others have a chance of making the podium and the USA is hopeful of its best results.

“We have never won two golds at the Juniors before,” said Phil Andrews, chief executive of USA Weightlifting.

“If we can have two world champions, and anything from three to five medals, it would be very good for us and would give us a good look at where we are against the rest of the world.”

Italy also has a chance of its best results, and has high hopes of Lucrezia Magistris in the women’s 55kg.

Genny Pagliaro and two current European champions, Mirco Scarantino and Antonino Pizzolato, all won plenty of Junior World medals between 2004 and 2016 but none were gold.

Fiji would have had a very strong gold medal contender in Eileen Cikamatana, a silver medallist in 2017, but instead is fielding a weakened team.

Cikamatana is one of many lifters involved in a damaging dispute with Fiji’s national federation, which wanted to appoint a new coach and move the lifters from their home base in Levuka.

The dispute left Fiji without a national team and, said Peni Tawai, who led opposition to the federation’s plans, “has put us back 40 years”.

When Cikamatana, 19, won the 81kg at an interstate competition in Australia recently her performance was described by Sam Coffa, the former IWF vice-president who has been involved in weightlifting for more than 60 years, as “simply sensational – I have never witnessed anything like it”.

Cikamatana’s total of 268kg was far higher than the top-ranked 81kg lifters at world junior and senior level but she is in limbo and does not feature in the Tokyo 2020 rankings.

The next time Cikamatana does compete it will be for Australia, as she is now living in Sydney and has been given permanent residence.