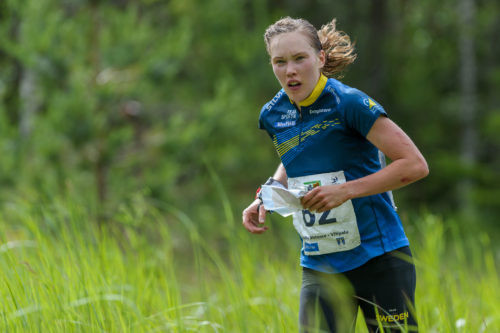 Sweden's Tove Alexandersson and Gustav Bergman comfortably retained their leads to take victories in round one of the Orienteering World Cup in Helsinki.

Alexandersson finished 90 seconds ahead of the rest of the field in the women's race, while Bergman won the men's event by nearly two minutes.

In the women's race, Alexandersson as usual opted for a direct route from a choice of several variations, however, a mistake at the start of the "diamond loop" forking section cost her 90 seconds.

Her closest challenger at the time, Russia's Natalia Gemperle, could not take advantage, and was eventually swallowed by the chasing pack to finish fourth.

Anastasia Rudnaya of Russia completed the course faster than anyone in the women's race - 1min 55sec better than Alexandersson - to boost herself up to sixth after a disappointing performance yesterday.

The men's race went according to form, with Bergman controlling from the front throughout.

France's Frederic Tranchand was second, while Magne Dæhli of Norway just held onto second from home favourite Miika Kirmula, who improved from seventh to fourth and just missed out on the podium by one second.

On Tuesday (June 11) the Team World Cup is due to get under way with a sprint relay in Helsinki.