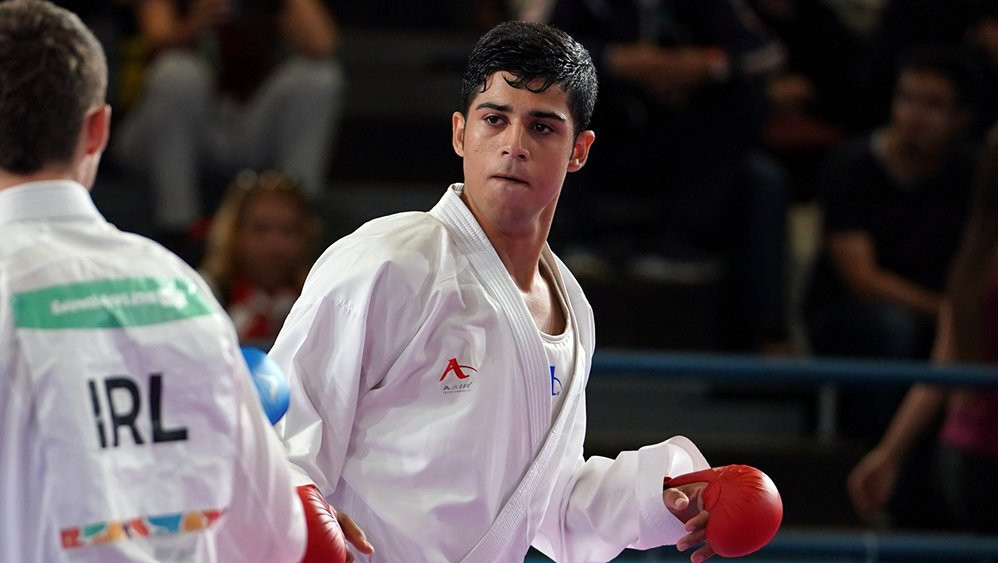 Iranian karateka Navid Mohammadi, who won the boys' over-68 kilograms gold medal at the Buenos Aires 2018 Summer Youth Olympic Games, has died at the age of 18 after being involved in a car accident in his home city of Tehran.

The World Karate Federation (WKF) confirmed in a statement that Mohammadi, also the winner of several national honours and the male junior over-76kg silver medallist at the 2018 Asian Karate Federation Cadet, Junior and Under-21 Championships in Okinawa in Japan, passed away on June 6.

The governing body extended the world karate family's deepest condolences to the young athlete's loved ones and friends as well as to all members of the Iranian karate community.

"At 18 years old, Navid Mohammadi was one of the most promising karatekas in the world," their statement reads.

"The young karate enthusiast made history for the sport when he won the gold medal in the category of male kumite over-68kg in the first appearance of karate at the Youth Olympic Games."

Fars News Agency reports that Mohammadi was speeding in the early hours of June 6 when he lost control of his car while exiting Kouhsar tunnel.

According to Ahmad Mobaraki, the head of the provincial council of karate in Fars province, the teenager was driving alone and nobody else was hurt in the accident.

He had earlier ranked second in Pool B behind Ireland's Seán McCarthy Crean before beating Turkey's Enes Bulut in the semi-finals.

McCarthy Crean and Bulut were the event's bronze medallists.