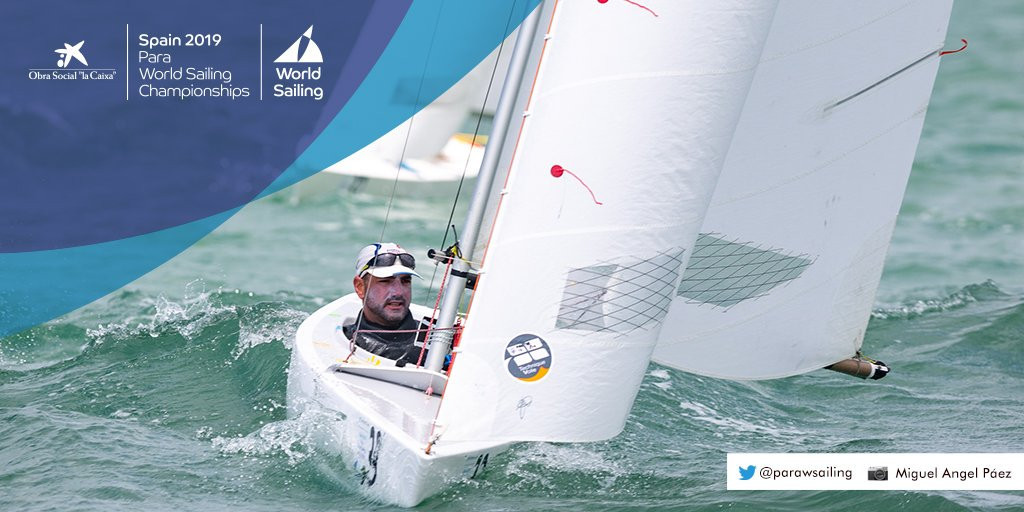 Two-times Paralympic gold medallist Damien Seguin of France leads the way in the 2.4mR event after the opening day of competition at the Para World Sailing Championships in Puerto Sherry in Spanish city Cádiz.

Seguin, who triumphed at Athens 2004 and Rio 2016, picked up two wins and one runner-up finish to end the day on four points.

Italy's Antonio Squizzato is four points back in second place, while home sailor Arturo Montes is a further two behind in third.

The 2017 world gold medallist is two points ahead of nearest challenger Edouard Champault of France.

Turkey's Miray Ulaş is the early pacesetter in the women's Hansa 303 class with six points.

Results are starting to come in from the first day of racing at #ParaWorlds19.

There are three Hansa 303 fleets, one Women’s and two Men’s.

Here’s the first Men’s fleet in action from the water 🌊 pic.twitter.com/O4kGnWi89X

Spain’s Violeta del Reino, the 2017 winner and 2018 bronze medallist, is just one point behind in second place.

Canada's John McRoberts and Scott Lutes are second with five points, while Italy's Marco Gualandris and Emiliano Giampietro are third with six.

Full results can be viewed by clicking here.