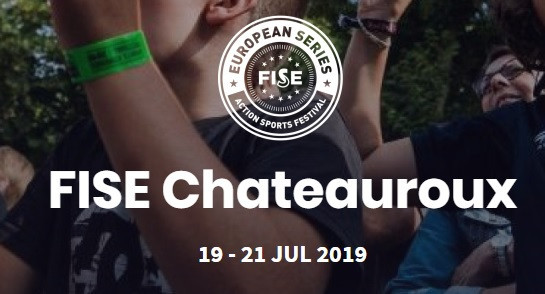 Châteauroux in France is set to stage the second and final leg of the International Festival of Extreme Sports (FISE) European Series this weekend.

The event in the French town, located 274 kilometres from capital city Paris, is part of a circuit launched by the FISE earlier this year and follows the inaugural competition in Madrid in May.

It includes action in BMX, roller, skateboarding and scooter events, which have become a key feature of the FISE World Series.

The women's BMX freestyle is set to be among the most keenly-contested events on the programme this weekend.

Switzerland's Nikita Ducarroz, fifth on the International Cycling Union World Cup rankings for the discipline, has entered the event and will be aiming to show why she is considered one of the contenders for gold at the Tokyo 2020 Olympic Games.

Kenza Chaal will be among the French contingent hoping to deliver success in front of an expectant home crowd.

Qualification across all disciplines is due to be held tomorrow, alongside the semi-finals in the men's BMX freestyle park.

Finals will be staged on Sunday (July 21).