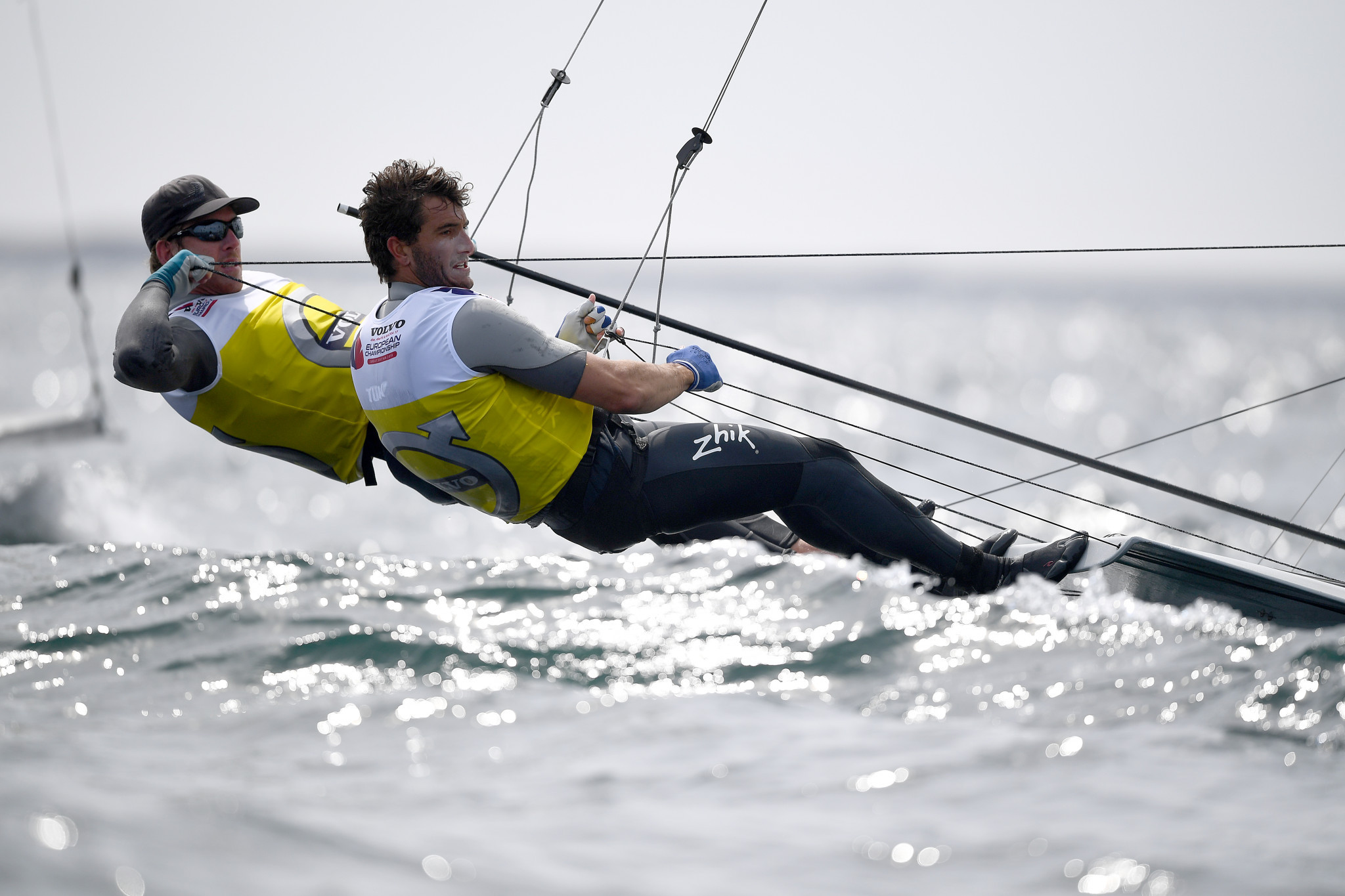 Two second-places and a third in Enoshima were enough for the Rio 2016 gold medallists to replace Lukasz Przybytek and Pawel Kolodzinski of Poland at the top of the pile.

It came on a day of shifting winds and "tricky" conditions which provided a different challenge to yesterday's action where light breezes forced a curtailing of the schedule.

It means the sailors competing are getting a good impression of what the conditions could be like at the Tokyo 2020 Olympic regatta next year.

Elsewhere, Ruggero Tita and Caterina Banti of Italy continue to lead the Nacra 17 class despite collecting a ninth, their worst result of the week so far.

Sweden's Jesper Stalheim has knocked New Zealand's Sam Meech off top spot in the laser and admitted the conditions had been hard.

"We've had a bit of everything," he said.

"Today we had a shifty offshore wind, whereas on the first day we had epic southwest winds and big waves.

"It looks like there will be two more light wind days coming up, so we'll see what they get."

Maria Erdi of Hungary finished 32nd to lose her lead in the laser radial, which is now headed by Belgium's Emma Plasschaert.

In the men's finn Britain's Olympic champion Giles Scott lost the lead he claimed yesterday as Hungary's Zsombor Berecz rose back to the summit.

The 49erFX is led by a British boat as Charlotte Dobson and Saskia Tidey kept their spot on top, while Australia's Mat Belcher and Will Ryan are the new men's 470 leaders after replacing Spaniards Jordi Xammar and Nicolas Rodriguez.

There is strong home interest in the women's 470 fleet which is led by Japan's Ai Kondo Yoshida and Miho Yoshioka.

In windsurfing action, China's Mengfan Gao rose to the top of the men's RS:X to replace France's Thomas Goyard, while his compatriot Yunxiu Lu keeps her lead in the women's class.

Action at the test event, being held under the Ready Steady Tokyo banner, continues tomorrow and will run until Thursday (August 22).

Thirteen sets of medallists at the Rio 2016 test event went on to claim glory at the Olympics, while 18 podium positions were replicated from the 2011 test event at London 2012.