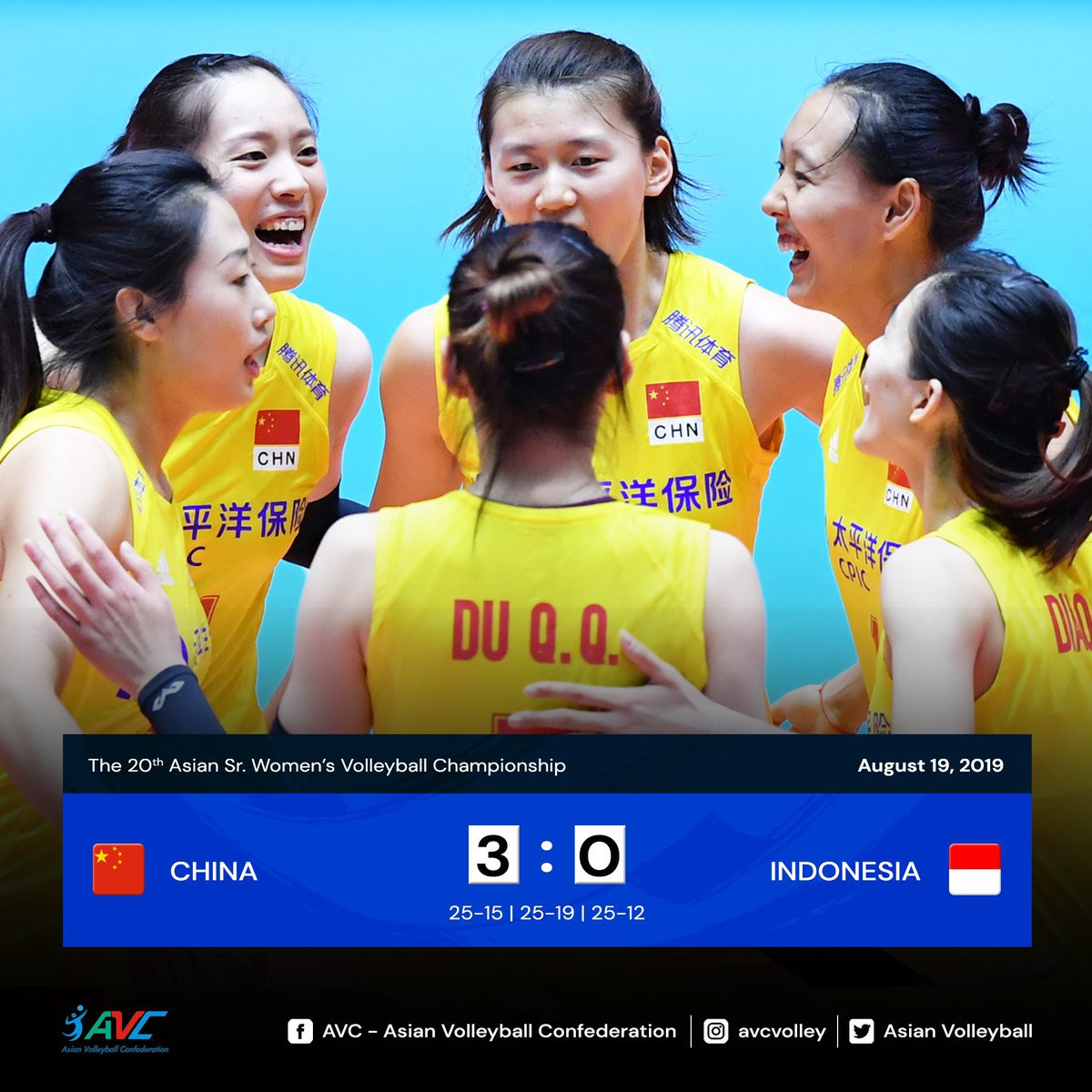 China and hosts South Korea have both secured their place in the second round of the Asian Women's Volleyball Championships after making it a perfect two wins out of two in their respective groups in Seoul today.

It secures them a place in Pool F as the Pool D winners.

Tomorrow's matches between Hong Kong and Iran, in Pool A, and Indonesia and Sri Lanka, in Pool D, are set to decide the two other second-round qualifiers from those sections.

Elsewhere today, there were triumphs for Japan and Australia in Pool B.

Going into tomorrow's final round of games, Japan lead the way on six points followed by Kazakhstan and Australia on three and India on zero.

Today's one other match came in Pool C and saw Chinese Taipei bounce back from their loss against Thailand by beating New Zealand 25-12, 25-22, 25-13.

New Zealand's clash with Thailand tomorrow will determine the two qualifiers for the second round.

Games are taking place at the Jamsil Arena and Jamsil Students' Gymnasium venues.

Eight teams are due to advance from the event to the Tokyo 2020 Asian Olympic Qualification Tournament, although Japan, as hosts, and China, through this month's Intercontinental Qualifier, have already booked their spots at the Games.

The final in Seoul is due to be held on Sunday (August 25).