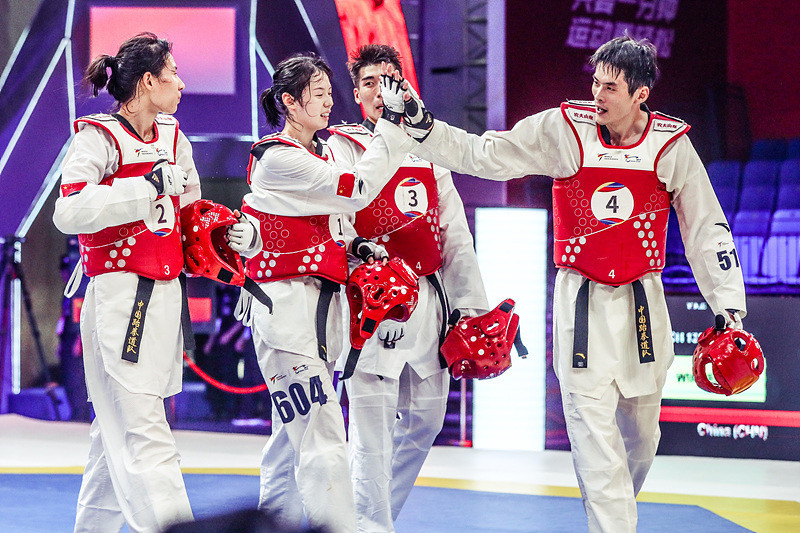 The American team withdrew due to injury, leaving seven nations to contest the concluding event at the Taihu International Expo Center.

China enjoyed a convincing 83-48 semi-final victory against Turkey to set up a gold medal match against Iran.

The team of Pan Gao, Hao Tang, Linglong Chen and Jie Song then triumphed again with a dominant 50-26 result.

The Iranian team of Kimia Hemati, Amir Mohammad Bakhshi, Erfan Nazemi and Kimia Alizadeh Zenoorin had earlier booked their place in the final with a narrow victory, 41-38 against Russia.

Both Turkey and Russia won bronze.

The silver medallists started their competition against newcomers Ivory Coast, who had travelled to China directly from the African Games in Rabat in Morocco.

Russia reached the semi-finals as a result of the US withdrawal, which was later followed by South Korea and Japan both withdrawing in the repechage.

"We have seen a fantastic, action packed four days in Wuxi across both the World Cup Team Championships and the Poomsae Championships," Choue said.

"All athletes showcased the very best of our sport and demonstrated that taekwondo is more than a sport; it is a philosophy which teaches discipline and respect.

"I would like to thank the organisers for their excellent organisation and the spectators that generated a thrilling atmosphere."