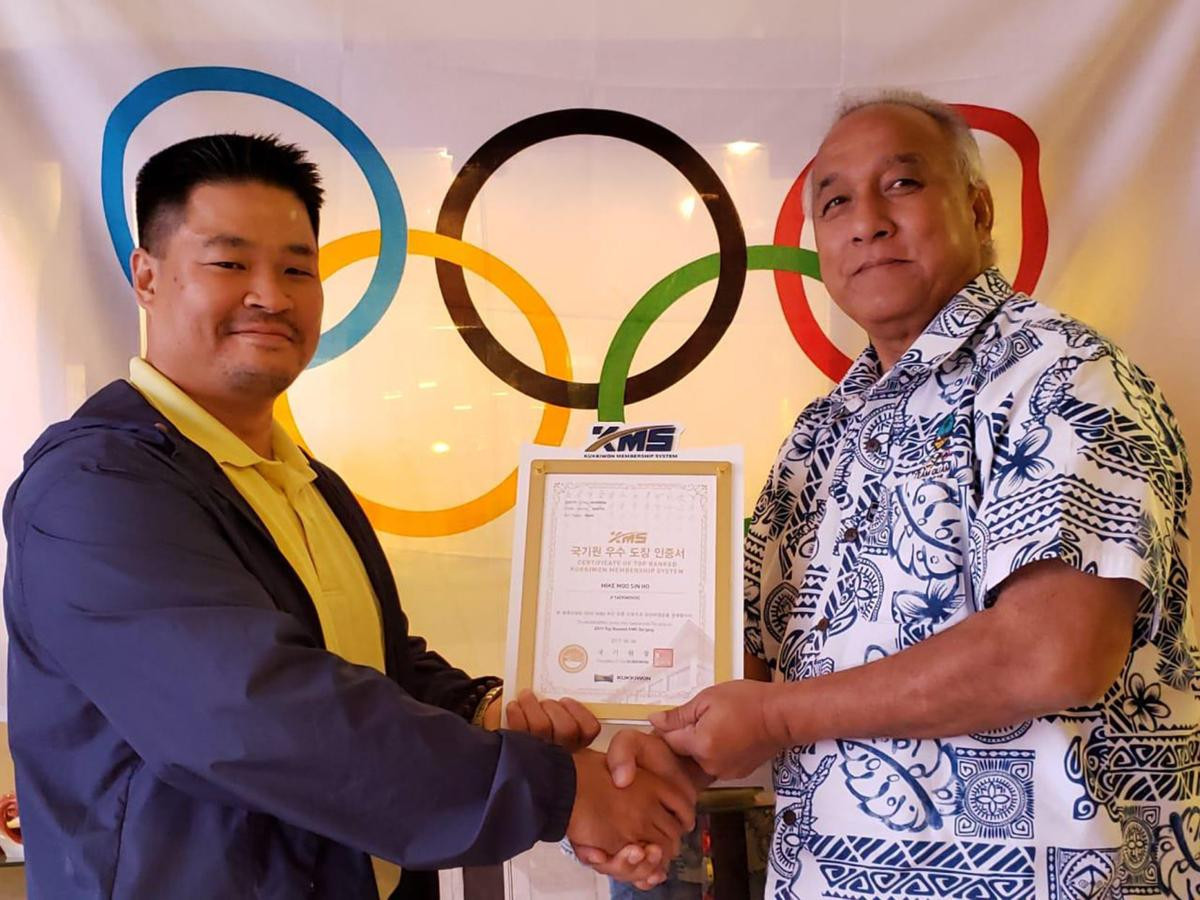 The Guam Taekwondo Federation (GTF) has been recognised by the Guam Government for outstanding achievement after all five of its Pacific Games athletes earned medals in Samoa.

Allen completed a hat-trick of Guam silvers in the men's 74kg event as Leon Ho earned bronze in the men's 58kg contest.

They were recognised in a luncheon at Government House in Hagåtña, hosted by Lieutenant Governor Joshua Tenorio.

GTF team captain Joseph Ho told The Guam Daily Post: "I think it motivates the junior athletes to come out and train with us."

The recognition was a second within three months for GTF, which was also recognised by Kukkiwon Taekwondo World Headquarters as having a 2019 top-ranked dojo at the Ji Academy.

GTF head coach Mike Ho told The Guam Daily Post it was an honour for the academy to be recognised as a top school.

"We have been doing well since 2011, and slowly adding medal counts from Korea (and) China," said Ho.

"We have been very active and competing against good competition.

"That’s how you build up athletes, is by experience."

Ho revealed GTF has a renewed commitment to training, with athletes training for four to five hours per day.

In 2018 Joseph Ho and Leon Ho won gold medals at the Korean National Sports Festival Games in Muju in South Korea and head coach Ho was recognised as a top taekwondo teacher at the competition.

In October Guam Taekwondo is due to compete in the 100th Korean Games.