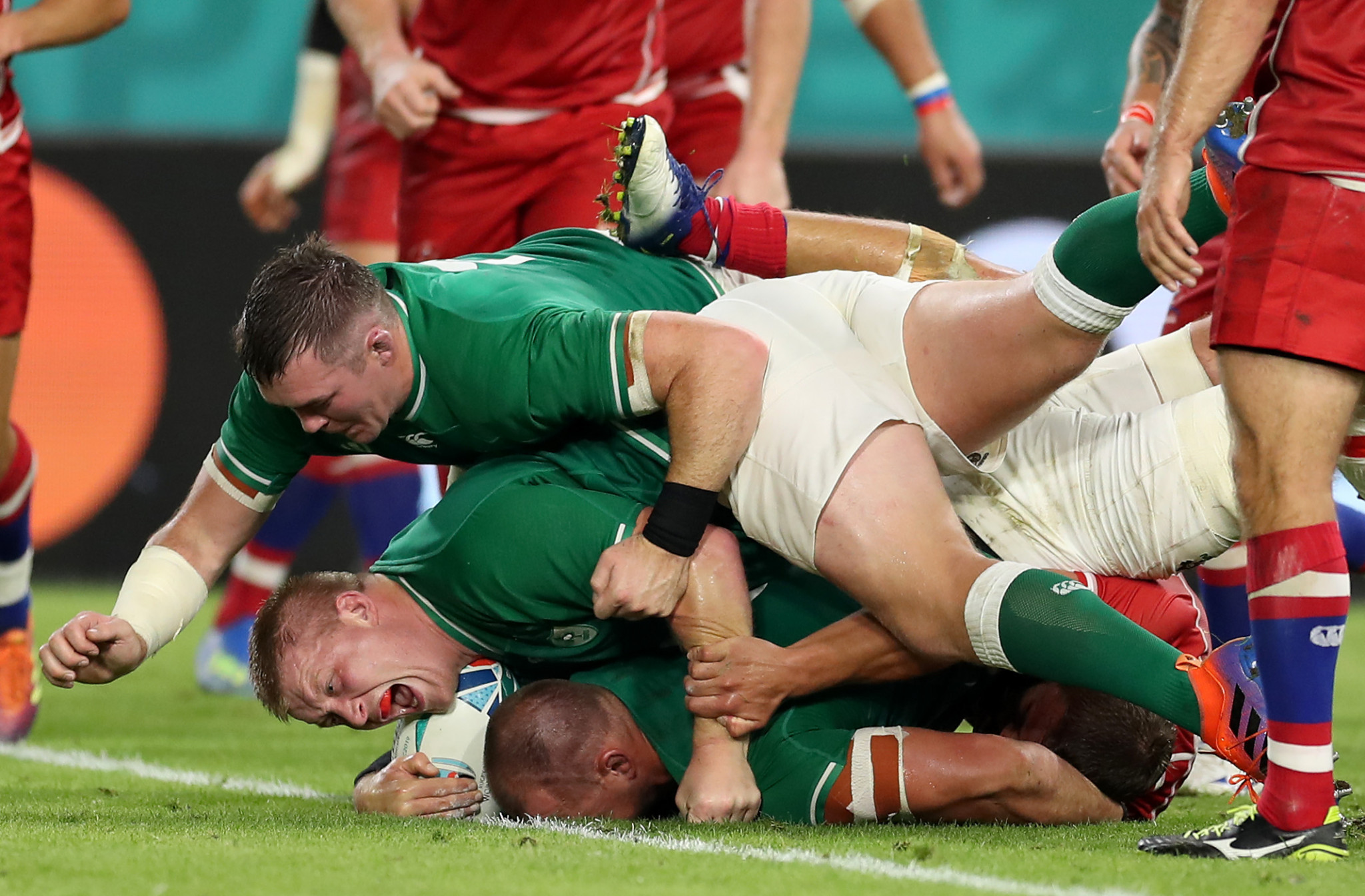 As expected, Ireland got back on the winning trail at the Rugby World Cup, beating Russia 35-0 in Pool A at Kobe Misaki Stadium, Kobe City.

Following their loss 19-12 loss to Japan, the biggest shock of the tournament so far, Ireland brought star playmaker Johnny Sexton back in at flyhalf.

He led them to a perfect start, as fullback Rob Kearney broke through the midfield to score a try in the first two minutes.

Peter O’Mahony was next to land a five-pointer, after a delicate kick from Sexton and Ireland were 14-0 clear.

The pain for Russia was compounded when Bogdan Fedotko was yellow-carded by referee Jérôme Garcès for repeat offences just after the half-hour - and it didn’t take long for Ireland to capitalise.

Five minutes before the break, blindside flanker Rhys Ruddock barged over the line, with Ireland going in at halftime 21-0 ahead.

But Ireland's game still lacked structure and was littered with handling errors, as the physical Russians broke up their attacks.

Then, in the 62nd minute, a little bit of magic opened the game up.

Deep inside his own half, a chip kick from replacement Jack Carty was collected by Keith Earls, who turned on a sixpence and passed to fellow winger Andrew Conway who ensured a fourth-try bonus point.

With four minutes left, Ireland delivered the score of the match, going from one end to the other, allowing Garry Ringrose to finish under the posts.

However, 18 handling errors summed up their performance and the Irish camp have plenty to work on.

Ireland finish pool play against Samoa next Saturday (October 12), with qualification still possible for both Japan and Scotland.

In today's other game, Fiji faced Georgia for the first time in World Cup history - and a stunning second-half showing gave the Fijians their opening Pool D win, 45-10.

While unlikely to qualify for the quarter-finals, a third-place pool finish guarantees a spot in the 2023 tournament in France, so there was plenty to play for.

But it took 20 minutes for Fiji to break the deadlock, as Waisea Nayacalevu crossed after scrappy play on the left.

Leading 7-3 at halftime, there was little indication of the Fiji fireworks to come.

But within 20 minutes of the restart, tries for Frank Lomani, Josua Tuisova and the brilliant Semi Radradra pushed the Islanders out to a 24-10 advantage.

Halfback Lomani was pulling the strings and it was no surprise when Semi Kunatani crossed for another five-pointer.

Further scores from Api Ratuniyarawa and Radradra wrapped up a seven-try, bonus-point victory.

Fiji finish pool play with a mouthwatering clash against Wales on Wednesday (October 9), while Georgia complete their tournament against Australia next Friday (October 11).