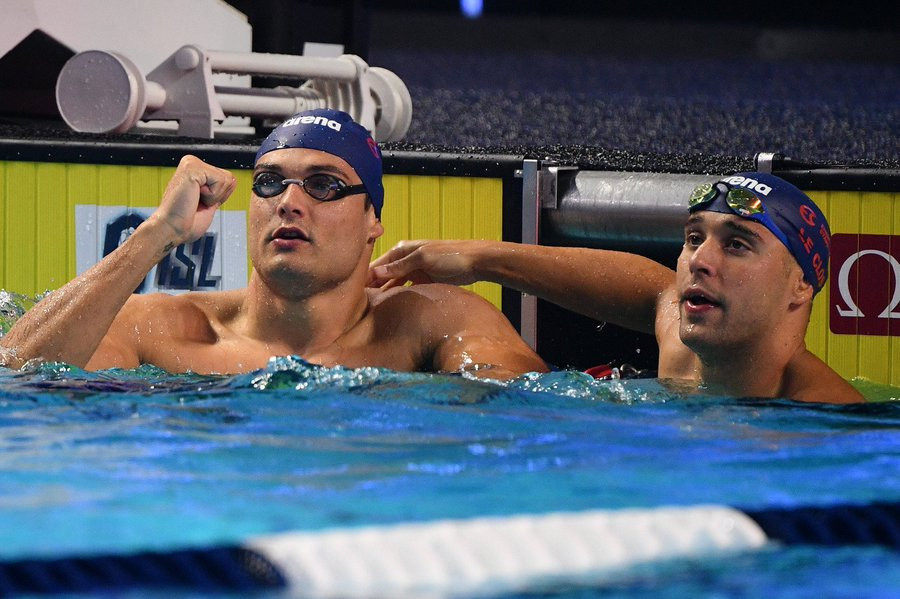 Energy Standard held onto their overnight lead to win the first leg of the inaugural International Swimming League (ISL) season in Indianapolis.

The French-based outfit led by 20.5 points in front of Cali Condors going into day two and have now made history as the first club to triumph at an ISL event.

They ended on 539 points, with the Condors finishing second on 457 at Indiana University Natatorium.

She won the women's 100 metres freestyle and 50m butterfly, as well as the unique "skins" event – a three-round elimination 50m freestyle.

South Africa's Olympic gold medallist Chad le Clos was another star for Energy Standard as their men's team captain doubled his individual victories from the meet by winning both the men's 100m freestyle and 200m butterfly.

"It's really cool," said Sjöström of the new team format.

"It's the first time we've done this competition so there's still a bit to learn about how the tactics should be and how to get the highest points as possible.

Le Clos added: "To be honest I don't want to mention individuals because we did so well as a team.

"We've got guys who stood up and did three or four races and took some hits for the benefit of the team.

"It's about points not times."

The ISL attracted a huge number of the world's top swimmers for its inaugural leg.

The highly-anticipated series has promised to take swimming into a "new era" and, it is claimed, addresses concerns from athletes about a lack of prize money and competition opportunities.

The ISL was subject to legal action last year when the International Swimming Federation (FINA) reportedly banned athletes from competing at a meet which was viewed as a rival to its existing World Cup circuit.

This led to ISL organisers and swimmers taking legal action against FINA, leading to the threat being withdrawn by the governing body.

FINA also eased their rules around third-party competitions, with the event in Indianapolis clashing with the World Cup in Budapest.

This was narrowly outside the short course world record of 3:53.92, held by Australia's Ariarne Titmus, but FINA has claimed that any marks set at ISL events will not count.

The next leg of the season will be held next weekend in Italian city Naples, on October 12 and 13.