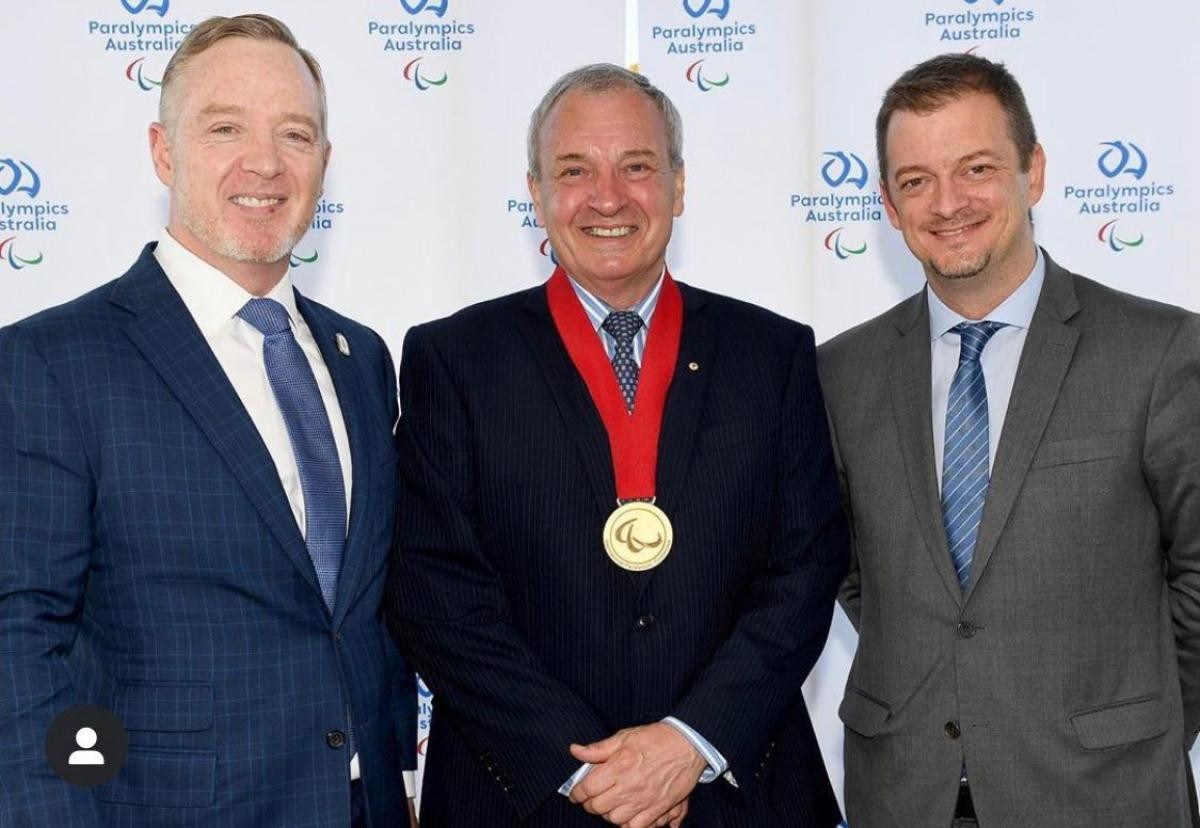 Greg Hartung, considered the most influential administrator in the history of Australian Paralympic sport, has been awarded the Paralympic Order.

Hartung received the International Paralympic Committee's (IPC) highest honour for his services to Para sport in the country and worldwide.

The former IPC vice-president accepted the award from President Andrew Parsons during a special ceremony in Sydney.

Hartung served as President of Paralympics Australia for 16 years from 1997 to 2013 and has held numerous roles in the Paralympic Movement.

Hartung introduced several key programmes during his career as a sports administrator, including on classification and talent identification.

He became the first Australian vice-president at the IPC and held the position for four years between 2009 and 2013.

"In receiving this honour, I do so out of recognition and respect for the remarkable people I have worked with over many years both in Australia and internationally," Hartung said.

"The Paralympic Movement occupies a special place, a unique place in the world of sport.

"Not only do athletes often re-define their lives through sport, but by extension they have a profound impact on the lives of those who surround them or who watch them compete.

"It was a privilege for me to play a part in lifting the status and profile of Paralympic sport.

"I have been engaged in a multitude of roles in sport over a career spanning five decades.

"The Paralympic Movement is different…you may leave it, but it never quite leaves you."

IPC President Parsons said Hartung was a worthy recipient of the Paralympic Order, adding that "his legacy will live on for many years to come".

"The Paralympic Movement drives social inclusion, transforms attitudes and empowers the lives of millions around the world," Parsons said.

"I can honestly say that Greg has upheld these values and displayed passion and enthusiasm for our Paralympic Movement for many years.

"His work has helped place Paralympic sport firmly on the map in Australia and the Oceania region."