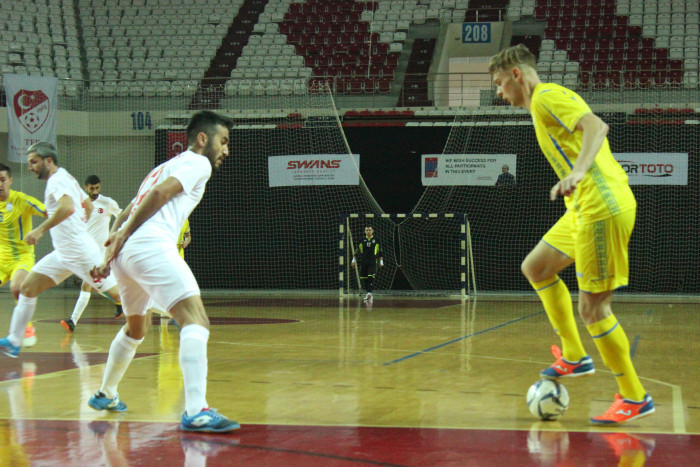 The Ukrainian side defeated Turkey 3-0 at the Antalya Arena Sports Hall, with Bohdan Badlo netting twice.

Oleksandr Hetmanov was the other name on the score-sheet.

Spain recovered from their loss to Russia yesterday with a 5-1 result against Italy, despite Amin Drissi being sent off for the eventual winners in the fourth minute.

At that stage Spain were already 1-0 up due to David Gallardo, with Javier De la Rosa and Daniel Lopez making it 3-0 by the 13th minute.

The round-robin competition is due to continue tomorrow when England take on Spain, Russia come up against Ukraine and Italy play Japan.