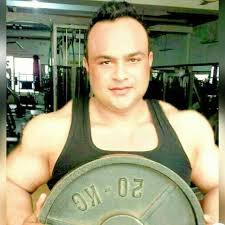 As reported by the Daily Times, Butt, who now works as a celebrity fitness trainer, coach and instructor, will serve in the position until 2022.

PBBF President Farooq Iqbal expressed his good wishes to Butt in a certificate that was awarded to him upon his election.

"I am humbled and honoured on being appointed as VP for PBBF," Butt told the Daily Times.

"I’m open to exploring new horizons with this opportunity."

The PBBF is responsible for the promotion and growth of the sport of bodybuilding in Pakistan.

"He has in the past, by the Grace of Allah, earned a name for himself all over the world and has made Pakistan proud - there’s no doubt about that," he told the Daily Times.

"I think the responsibility bestowed on him will be delivered by him excellently.

"He is listed among the top-10 fitness coaching stars in the world.

"The way he proved himself in sports, I believe he’ll do the same with this esteemed position of his as well.

"I also believe that new talent in this field will do wonders under the guidance of Asif Butt.