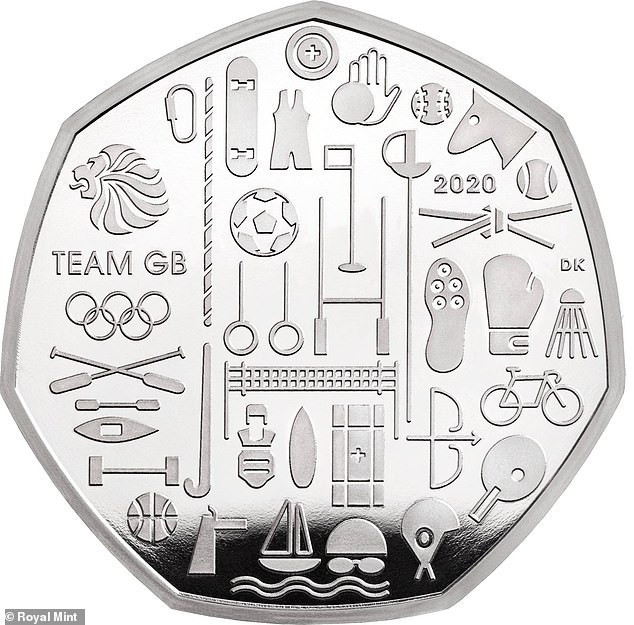 Britain's Royal Mint is launching a new coin to commemorate Team GB's participation at this year's Olympic Games in Tokyo, they have announced.

The Tokyo 50 pence ($0.66/€0.59) will feature the Team GB lion, the Olympic rings and sports including basketball, cycling, equestrian, football and sailing.

The coin is not planned to be put into general circulation and will only be available to collectors as part of a special commemorative set costing £55 ($72/€65).

Precious metal sets, featuring silver and gold proof versions, will also be for sale at a price still to be announced.

In the run-up to the 2012 Olympics in London the Royal Mint, whose history stretches back more than 1,100 years to its formation in 886 AD, created 29 different 50p coins and released them into circulation.

Each one commemorated a different event.

But the Royal Mint did not create the same number of coins for each design with twice the number of 50p coins depicting archery created as those which displayed wrestling, for example.

This means several of the coins are highly collectable.

The rarest of all the 29 designs is the football 50p, with a design featuring an explanation of the offside law, with less than a million being minted.

The coin featuring triathlon, including a male silhouette of someone swimming, cycling and running, is also sought after by collectors.

Other 50p coins that are highly valued is the one produced for judo.

The most sought after 50p coin, however, is a special one minted for swimming.

The aquatics 50p, featuring someone in a swimming cap, was minted more than two million times, but there is an alternative design that was scrapped before the 29 coins were produced en masse.

It depicts a swimmer underwater, with the water lines over their face, as opposed to the one that went into circulation which shows the swimmer's head clear of the water lines.