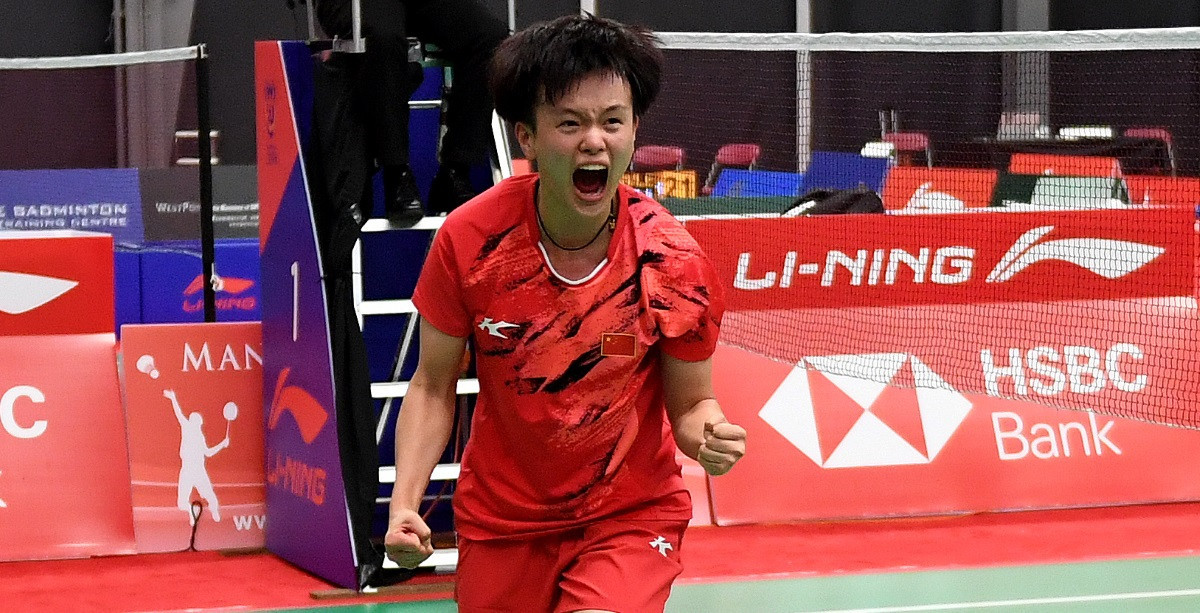 The 19-year-old Youth Olympic Games silver medallist, playing in her first Super 500 level tournament, had beaten top seed Ratchanok Intanon of Thailand in the previous round at Kuala Lumpur's Axiata Arena, thus denying the 2013 world champion a hat-trick of titles.

Marin, who was out of action for seven months last year after rupturing her anterior cruciate ligament and is unseeded for this event, progressed with a 21-8, 21-7 win over India's Saina Nehwal.

On the other side of the draw, Chinese Taipei's top seed Tai Tzu Ying earned her place in the last four with a 21-16, 21-16 win over India's sixth-seeded PV Sindhu, the 2019 world champion and Rio 2016 silver medallist.

Her next opponent will be China's seventh-seeded He Bing Jiao, who earned a surprise 21-17, 21-10 win over Japanese third seed Nozomi Okuhara.

That set up the hugely attractive prospect tomorrow of a semi-final against Japan's world champion and top seed Kento Momota, who was taken to three games in his quarter-final against China's unseeded Huang Yu Xiang, coming through 21-13, 19-21, 21-9.

He will contest a place in the final with Norway's 2017 world champion and fifth seed Viktor Axelsen, who won a hugely competitive match against China's Olympic champion and fourth seed Chen Long 21-11, 12-21, 22-20.