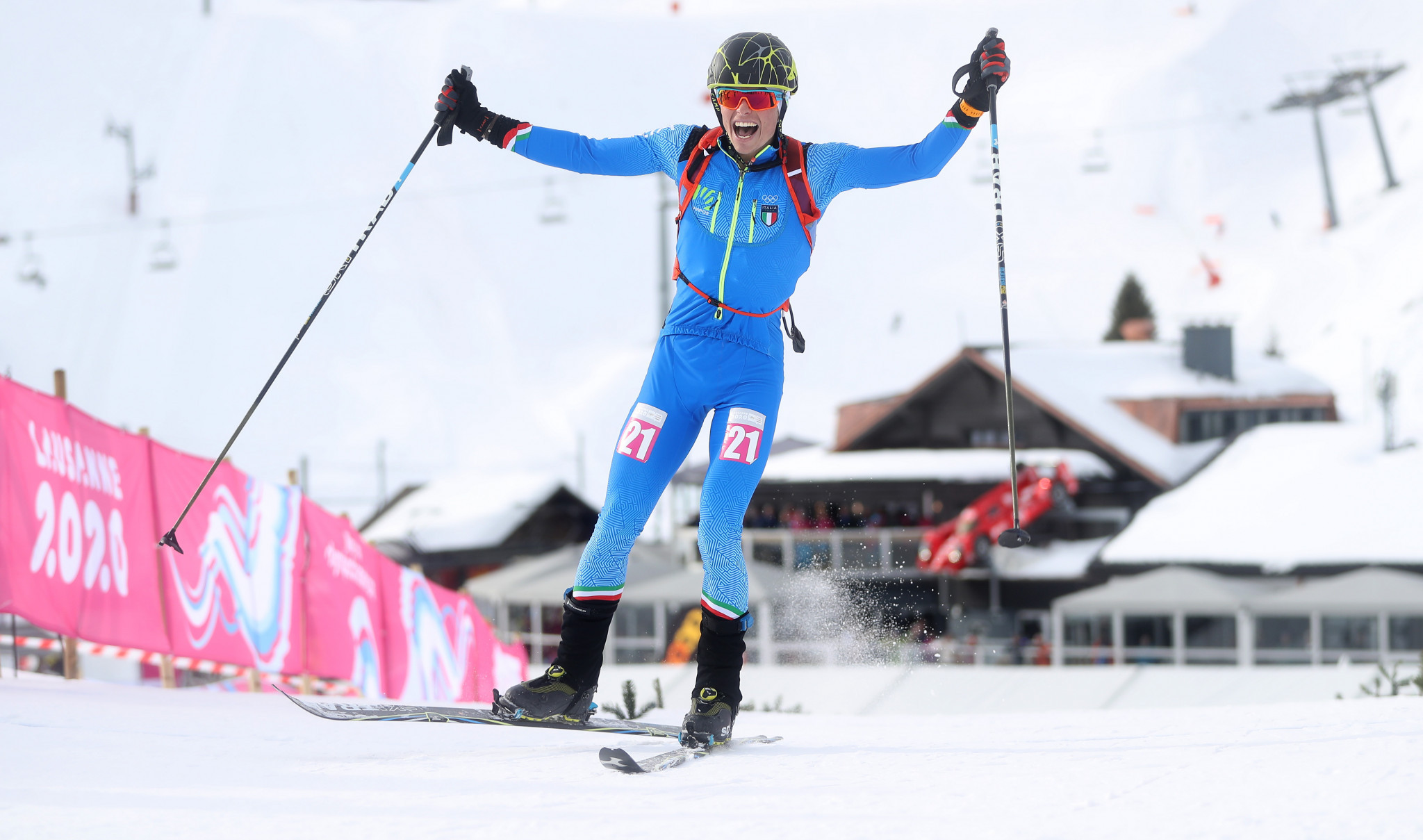 Italy's Rocco Baldini wants ski mountaineering to be included at the 2026 Winter Olympic Games in Milan-Cortina d'Ampezzo after securing the men's sprint gold medal at Lausanne 2020.

Ot Ferrer Martinez of Spain took bronze after clocking a time of 2:43.28.

The Youth Games have often provided a pathway for inclusion at the main Olympics and Baldini said he wants ski mountaineering to be the latest to follow that route.

"This is a beautiful sport," Baldini said.

"It was beautiful racing against this crazy boy Luca, and going for the finish with him.

"This sport is so difficult on the body and the brain so we are both very pleased.

"My start was great and then I opened the gas.

"Now we want ski mountaineering to come to Milan and Cortina, our country, for the 2026 Winter Olympics.

"We want to show people how beautiful this sport is."

Maria Costa Diez of Spain triumphed in the women's sprint to seal her country's first title at Lausanne 2020.

The Spaniard took gold in 3:22.45, over two seconds fastest than nearest challenger Silvia Berra of Italy.

Margot Ravinel of France was the recipient of the bronze medal.

"I don’t have words to express what I feel like right now," Diez said.

"I started very fast and kept going in first position.

"I was all the time in front of the group.

"It is just a dream come true."

The sprint discipline in ski mountaineering sees athletes ski and trek up a short, steep slope before slaloming down.