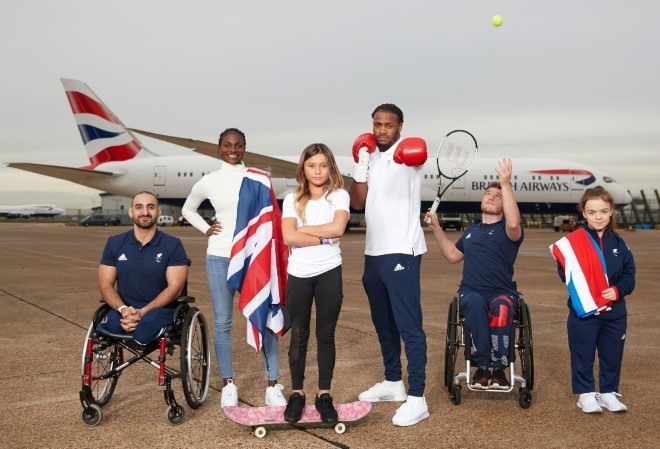 British Airways has signed-up as Britain's official airline partner for the Tokyo 2020 Olympic and Paralympic Games.

It continues a partnership with Team GB and ParalympicsGB which stretches back over a decade to Beijing 2008.

The airline will fly Britain's team and support staff to and from Tokyo, as well as equipment.

Eleven-year-old skateboarder Sky Brown, who is poised to become the country's youngest Summer Olympian when her sport makes its Games debut in Tokyo, was another to attend.

"British Airways is one of the most recognisable and prestigious brands in the world, so it is with great pride that we partner with them for the fourth consecutive Games," said British Olympic Association chief executive Andy Anson.

"Tokyo 2020 promises to be an incredible event and securing a partnership of this calibre can only assist with our preparations ahead of the Games in July."

Carolina Martinoli, British Airways director of brand and customer experience, added: "We're so proud to be the official airline of Team GB and ParalympicsGB for the fourth consecutive Games.

"The Olympic and Paralympics Games always instil a sense of national pride and it's an honour to fly the best of British talent in sport and be part of their journey - from start to finish."

Britain finished second on the medal table at both the Rio 2016 Olympics and Paralympics.

"Tokyo 2020 is going to be so exciting for the nation with a new generation of athletes and additional sports being added," said Asher-Smith.

"Every athlete dreams of returning home on that British Airways plane carrying gold, silver and bronze luggage with them."