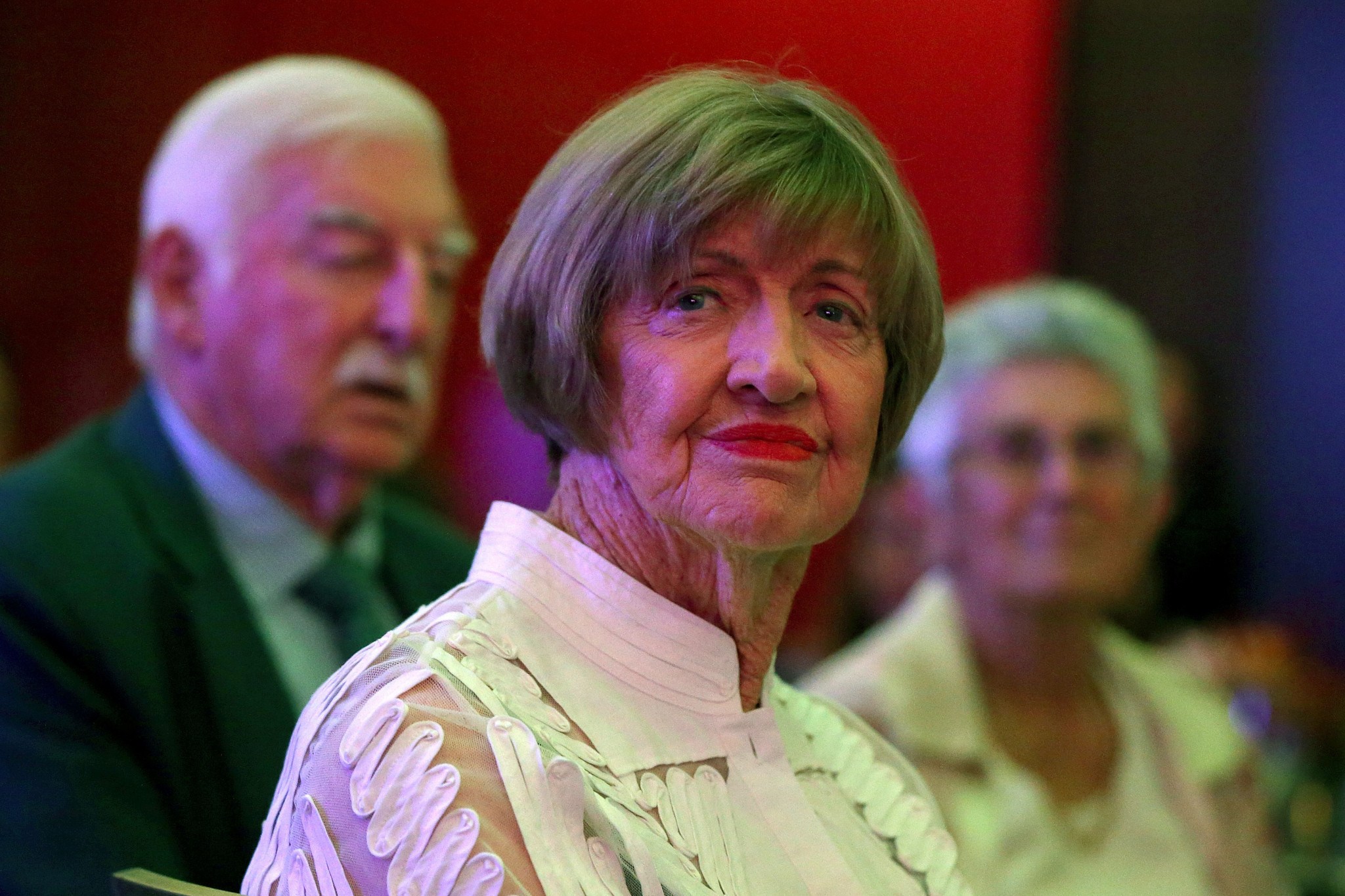 Margaret Court has said she wishes the media would "stick to tennis" amid a row over plans to celebrate her achievements at the Australian Open.

The 77-year-old Australian won 24 Grand Slam singles titles during her career, a record which still stands for both men and women.

Despite this she has faced regular criticism for her views such as her opposition to same sex marriage.

Court has been named as a special guest of the 2020 Australian Open, which began at Melbourne Park today.

She will also receive a celebration next Monday (January 27) to mark the 40-year anniversary of her winning all four Grand Slams in the same calendar year, 1970.

Tennis greats Martina Navratilova and Billie Jean King are among those to argue that Court should not be celebrated, however, with opponents also claiming that the Margaret Court Arena at Melbourne Park should be renamed.

"I wish the press would stick to my tennis," Court, a Christian, said to ABC Perth.

"I've had so many people touch me on the shoulder and say 'thank you for being my voice'.

"I teach what the Bible says and get persecuted for it.

"Next Monday, they'll be doing a presentation on Centre Court.

"It's not a lot but it's good what's happening."

In 2017, Court, who is now a pastor, said that she would boycott Australian airline QANTAS due to its support for same sex marriage.

She has also written a letter criticising the birth of Australian tennis player Casey Dellacqua's child in a same sex relationship.

Germany's Steffi Graf and American Maureen Connolly are the only other women to have won all of the Grand Slams – the Australian Open, French Open, Wimbledon and the US Open – in the same year.

American Navratilova, who won 18 Grand Slam singles titles, called Court a "racist and a homophobe" in 2017.

"Her vitriol is not just an opinion," she said.

"She is actively trying to keep LGBT people from getting equal rights."

In a statement announcing the arrangements in Melbourne last year, Tennis Australia said: "We respect Margaret's unmatched tennis career and welcome her to the Australian Open, particularly in this milestone anniversary year.

"As often stated, Tennis Australia does not agree with Margaret's personal views, which have demeaned and hurt many in our community over a number of years."