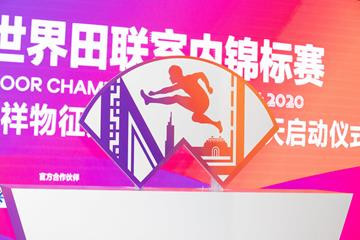 Next month's 9th Asian Indoor Athletics Championships scheduled to be held at Hangzhou in China is the latest event to be affected by the coronavirus outbreak after it was announced it would no longer be taking place there.

The Asian Athletics Association (AAA) took the unanimous decision following requests from its Medical Commission and some member countries to move the event.

It is unclear whether the Championships, due to take place on February 12 and 13, will be moved to a new location or cancelled altogether.

It is one one of several events hit by the coronavirus outbreak.

The number of deaths has risen to 81, with almost 3,000 confirmed ill.

Earlier today, the International Basketball Association announced that its Women's Olympic Qualifying Tournament for Tokyo 2020 had been moved from Foshan in China to Belgrade in Serbia.

It followed the announcement yesterday that the Women’s Olympic Football Tournament Tokyo 2020 Asian Qualifiers Final Round - Group B had been moved out of China to Sydney.

It had originally been due to be held in Wuhan, the city at the centre of the crisis, before it was moved to Nanjing - where the World Indoor Championships are scheduled to be held between March 13 and 15 at the newly-built Cube gymnasium at the Nanjing Youth Olympic Sports Park.

A World Athletics spokesman told insidethegames they were monitoring the situation.

She said World Athletics were in "close contact with the World Health Organization (WHO)".

The spokeswoman added: "Should any of the WHO advice affect plans for the World Indoor Championships Nanjing 2020, we will notify all our stakeholders promptly.”

The Hong Kong Marathon, due to take place on February 9, with more than 74,000 entrants taking part in three races, is among a number of athletics events already cancelled.

The Wuxi Marathon, due to be held on March 22, has also been scrapped.

The Asian and Oceania boxing qualifying event, originally due to start in Wuhan on February 3, has now been moved to Amman in Jordan and re-scheduled for March.