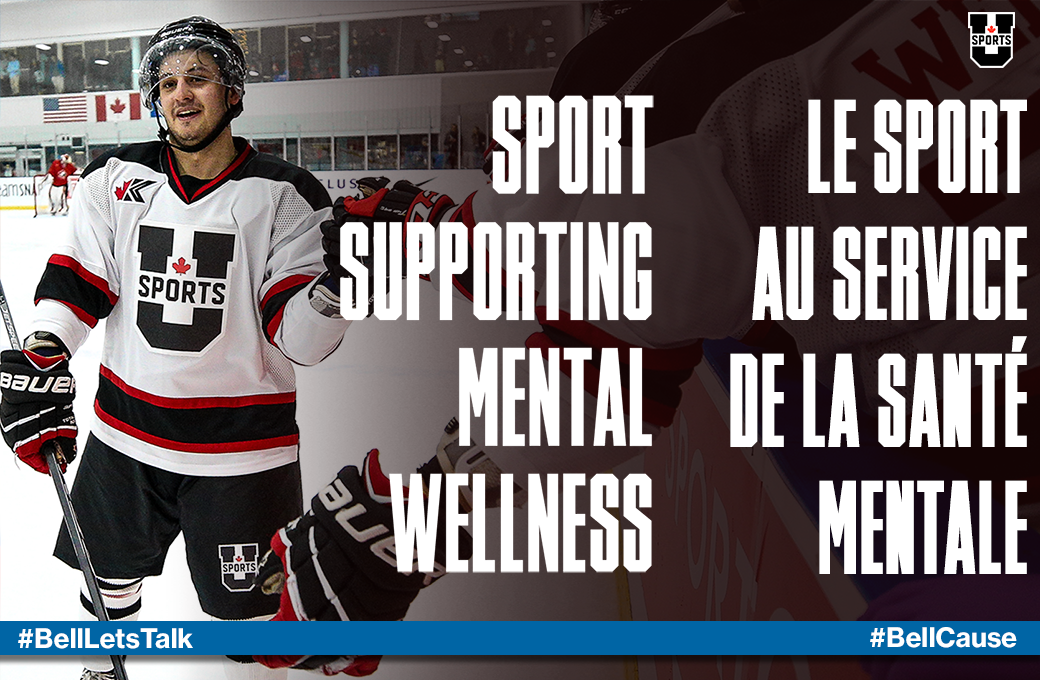 U SPORTS, the governing body for university sport in Canada, has supported the country's Bell Let's Talk Day mental health campaign for the fourth straight year.

The initiative encourages discussion about mental health issues and was first launched in 2011.

All 56 U SPORTS member institutions are official partners of the campaign, with the hope it will help Canadian student athletes.

"Their schedules are very, very busy, and there's a lot of pressure on them to perform both in the classroom and in the athletic environment.

"When I was an amateur and a professional athlete, we didn't talk about these issues.

"It was a sign of weakness to go to a coach or a member of an organisation and say that you were feeling anxious or overwhelmed, or I'm depressed."

The Canadian Olympic Committee is also a partner of Bell and the Let's Talk programme.

Thirty-two per cent of students were diagnosed or treated for anxiety or depression in 2016, according to Canada's most recent national college health assessment survey.

Dr. Carla Edwards, a sport psychiatrist who serves as the mental health representative for the U SPORTS Medicine and Research Science Committee, said: "I think the biggest pattern I've seen is a fear of people finding out.