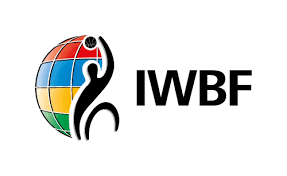 The inaugural Open 3x3 Wheelchair Basketball World Championships has been cancelled after the International Wheelchair and Amputee Sports Federation (IWAS) World Games were postponed because of the coronavirus outbreak.

International Wheelchair Basketball Federation (IWBF) secretary general Nobert Kucera said the new dates of April 2 to 9 had resulted in the sport "no longer being able to be part of the event" in Nakhon Ratchasima.

Kucera added it was "incredibly disappointing for everyone involved".

The Open 3x3 World Championships were due to be held during the World Games following an agreement between the IWBF and IWAS.

But the outbreak of the virus, which has killed over 1,500 people in China and infected nearly 67,000, forced the IWAS to postpone the Games from their original dates of February 22 to 28.

There are 34 reported cases so far in World Games host country Thailand.

Kucera said countries who were set to compete at the tournament would be given first option to enter the rescheduled World Championships.

Charlie Bethel, chair of the IWBF Competitions Commissions, added the governing body is "looking at a number of different options to ensure the Championships is rearranged so we don’t lose this momentum of the 3×3 game going forward".

"It is regrettable to not be able to deliver the 3×3 World Championships at this time, especially after all the time and work that has already gone into developing and preparing the 3×3 wheelchair basketball game, however the health and wellbeing of our athletes and officials is always paramount so we fully understand the rationale of IWAS and the Local Organising Committee," Bethel said.